A young boy was getting back into his family’s car at Bass Pro when he noticed a white dog roaming around the parking lot.  He didn’t know it at the time, but the dog had been the subject of an intense six-week-long search.  No one was able to catch her, but this boy offered her a bite of her cheeseburger, and she hopped right into the car!

East Ridge Animal Services of Tennessee had been trying to catch this elusive lady for well over a month, but she wouldn’t let even a hungry stomach be her undoing.  Andrea Dillard said they had received over 50 calls about her since June.  She seemed to like the Bass Pro area, but despite numerous trips there, shelter volunteers had never seen her.

Only once was someone able to capture a photo of her, and that’s as close as they got.  She wouldn’t be coaxed or caught in a trap with tempting foods like roasted chicken.

“We tried treats. We tried calling her. We tried chasing her, all to no avail. She would run if she saw one of our trucks. We set a trap for her. She almost went in once and a loud truck scared her. We begged the public to stop calling us All. Day. Every. Day,” they posted on Facebook.

After exhausting every method they could think of, frustrated staff began to lose hope.  The only thing they hadn’t tried, it seemed, was a child. 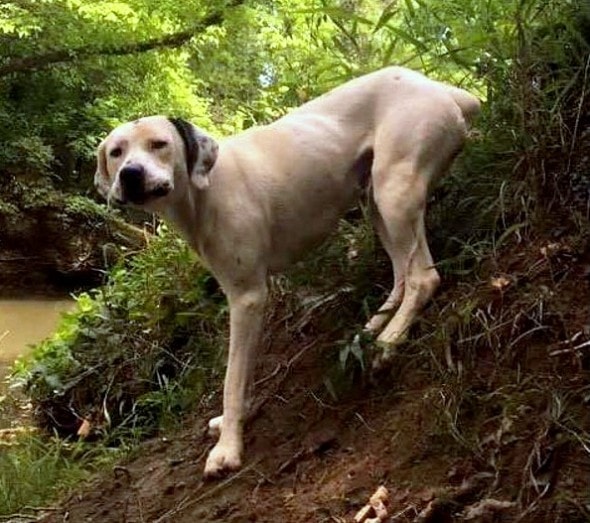 The Pate family was packing into their car when seven-year-old Michael Jr. spotted the spotty dog.

“I was afraid she was going to get hit by a car or lost,” he told News Channel 9.

Michael lured her over with a cheeseburger, and that was all she needed to finally be caught.

“It didn’t take anything for them (Michael and his brother) to get her in the car,” his dad said.

When the family brought her right to East Ridge Animal Services, the officer on duty was astonished.

“Immediately she thought, ‘There’s no way.  There’s no way this is the dog.’  She goes out.  It’s her,” Andrea explained.

Michael Sr. says the officer was so appreciative that she promised to buy him lunch.  Though the staff feel slightly robbed of the catch after trying for so long, they’re really just glad she’s finally safe.  The dog, now named Ashton, is being allowed to rest for a bit and gain some weight, but she will soon be up for adoption.

“I definitely think since she was so eager to greet the boys that a home with children would be fabulous for her,” Andrea noted.  “I think she would be very happy with that.  And of course, she’s going to need a very secure yard!” 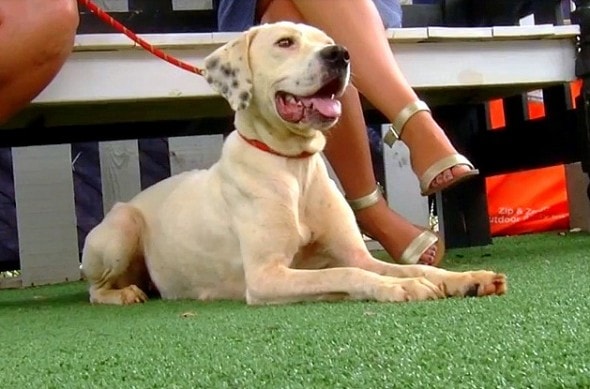