Alison Sinstadt and her partner Simon are convinced that their sheep, Jack, believes that he is a dog. 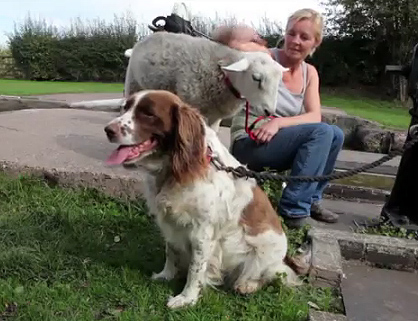 Raised on their farm in Market Drayton, Shropshire, Jack befriended their springer spaniel, Jessie, at an early age and began imitating the dog. He makes attempts to bark, accompanies Jessie on walks, and even sleeps with her.

“Jack follows Jessie wherever she goes and even tries to copy her when she barks. He makes this strange half baa, half woof noise which everyone finds hilarious,” said Sinstadt.

Proof positive that Jack is convinced he’s a dog: when out with other sheep, he is often seen attempting to herd them.