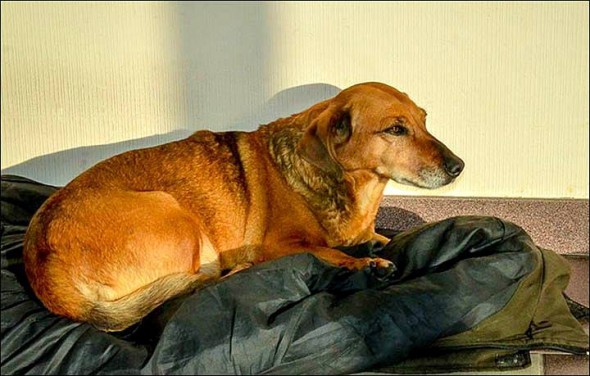 Masha waits daily for someone that will not be coming.  Masha’s human used to be at this hospital in Siberia, but has since dies.  Now, Masha keeps vigil for her human and will not be moved by anyone, not even for help.

Hospital staff makes sure that Masha has a warm bed and food to eat, but she’ll accept no one attempting to move her.  Her story is not unlike the one of the loyal Akita named Hachiko.  Hachiko came to the same train station in Japan faithfully waiting for his human for ten years, even though the owner had passed away.  Masha’s human died, and she is waiting for him to come back.

“Masha will always stay here, because she is waiting for her owner. I think that even if we took her to his grave, she wouldn’t believe it. She’s waiting for him alive, not dead,” nurse Alla Vorontsova told the Siberian Times.

Staff at the Novosibirsk District Hospital Number One and patients alike all know Masha and her sadness.  In an interview with news outlets, Chief Doctor Vladimir Bespalov said, “You see her eyes, how sad they are – it’s not the usual shiny eyes for when a dog is happy.  You can see this in animals in the same way as with people.  There is nothing medicine can do for her here, but we are still hoping that Masha will be able to find another owner.  One day, and we very much want this day to come soon, our Masha will trust somebody.” 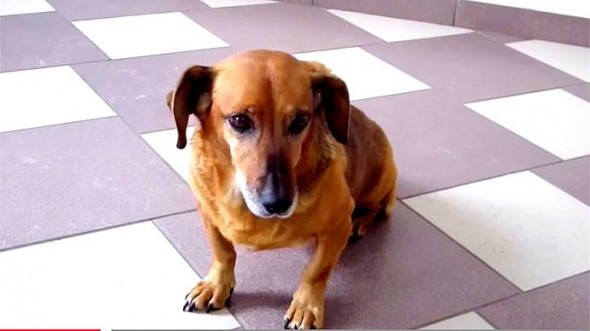 Masha looks a bit like a dachshund but with shorter legs, and began showing up to the hospital every day for the two years her human was admitted.  While he was there, Masha was the man’s only regular visitor.  According to some, his only visitor at all.  Now she is the one with visitors.

“Here all the patients come to her, stroke her and give something tasty, especially the older people. She warms their hearts,” Vorontsova said.

Sadly, Masha’s human has been passed for a year now, but she never gives up.  It just goes to show the love and loyalty a dog will have for their family.  People have tried to adopt her, but she always escapes.

“People in Russia tried to adopt her three times, but she always came back. I also heard that a number of foreigners wanted to adopt her too, but it is impossible – she doesn’t want to leave the hospital,” Vorontsova explained.  “And besides, we love her and she loves us. How could she live somewhere far away? She would just pine away.”