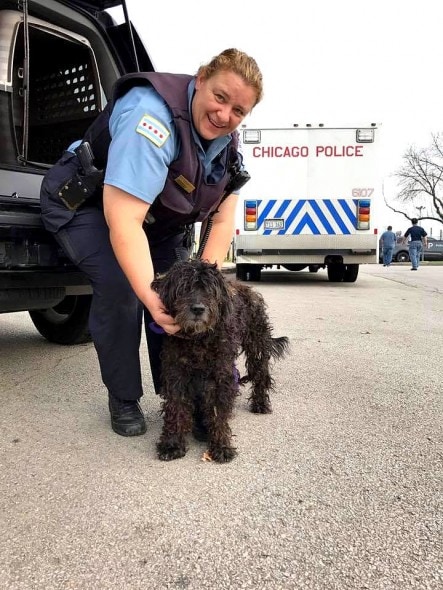 Back in November, Cubbie was found and caught by Officer Tammy Block, who you may remember has saved many Chicago dogs, including Jack and Wallace.  He was emaciated, being demolished by fleas and had a tick-borne illness, an oozing skin infection, a kidney/bladder infection, and broken, abscessed teeth.  Aside from being an older gentleman with Lyme disease, today Cubbie has been issued a clean bill of health, and is now ready for a loving home.

This is what Trio Animal Foundation had to say about him: 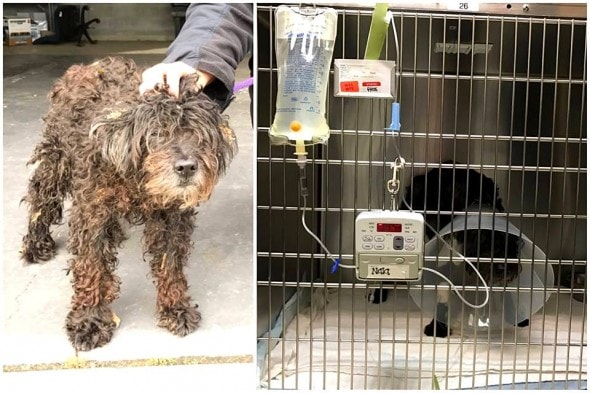 After spending the majority of his life on his own, running around the south side of Chicago, Cubbie has finally recovered from his medical issues and is ready for adoption. 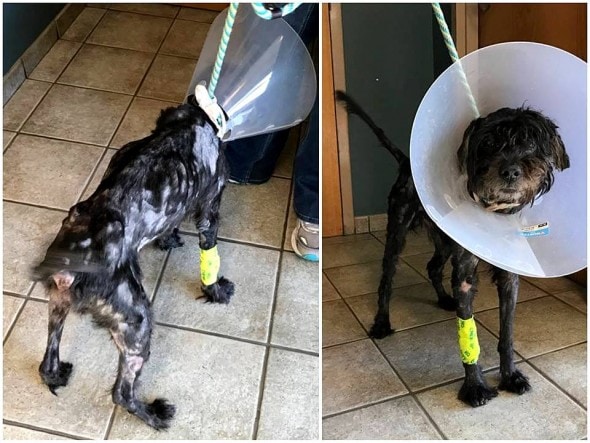 Cubbie is a sweet old man schnauzer mix, 32 pounds, likely around 10, very low-key and mellow. He happily engages people and enjoys their company, but other dogs stress him out and make him anxious. He is crate- and house-trained, loves to go for walks and car rides, and happily snuggles into his bed to chill out.

Cubbie would do best in a home with no other pets, a yard, or someone who is looking forward to having a walking buddy. He sleeps a lot, likes to hang out, and is also ok on his own. 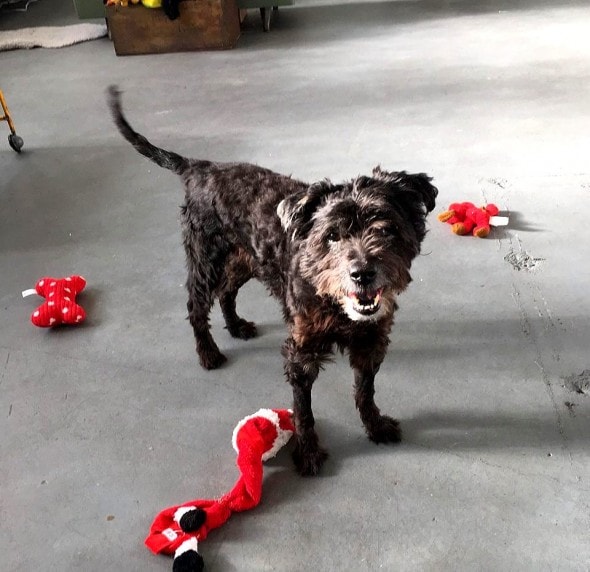 Cubbie will likely always have dry skin so would benefit from daily coconut or fish oil along with a quality diet. He is good for baths and grooming which is nice since he had terrible dandruff for so long. He needs his own home where he can have his person or people who will love and care for him.

If you are interested in adopting Cubbie, please visit TAF’s website at www.trioanimalfoundation.org and learn more about our adoption policy. There you will also find an adoption application. If you have any questions regarding Cubbie, please email [email protected]. 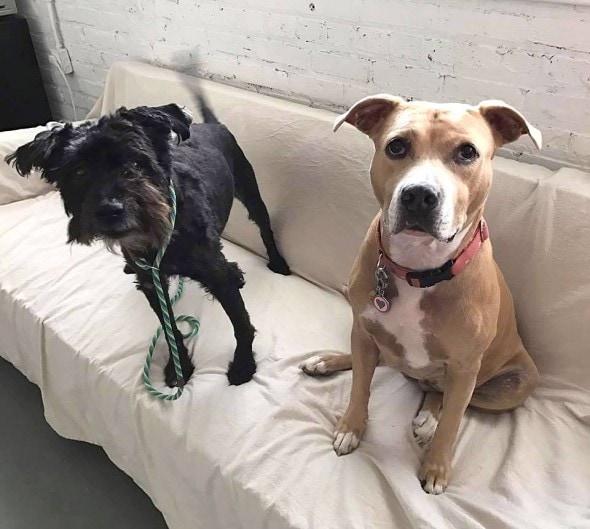 Cubbie, shown here with therapy dog Antler, being tested to see how he fared around other dogs.  Though he was ok with her, it was ultimately decided that he was more comfortable with just people.