Aaron had been living in an LA parking lot for around seven months.  He was sick and scared, unwilling to let anyone come near enough to help.  But Hope for Paws’ Lisa Chiarelli and Eldad Hagar worked their magic, and now he’s like a different dog!

Hope for Paws got the call about the homeless dog, and as always, they answered.  Lisa sat on the ground and tossed little chunks of food to him.  As he ventured out from under a car to steal the bits, Lisa got closer. 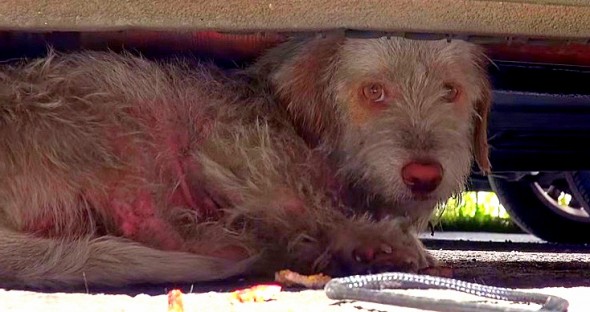 But he was understandably scared of the catch pole, and scuttled under the next nearest vehicle.  Lisa and Eldad followed him, and eventually snared him.  He panicked and thrashed around, but after a few minutes, relaxed enough to let Eldad and Lisa touch him.  Then the Lucky Leash was looped around his neck and the catch pole taken off.

Lisa called him Aaron, and they scanned him for a microchip, which showed that he didn’t have one.  He was still very unsure about what was going on, but allowed his rescuers to pick him up. 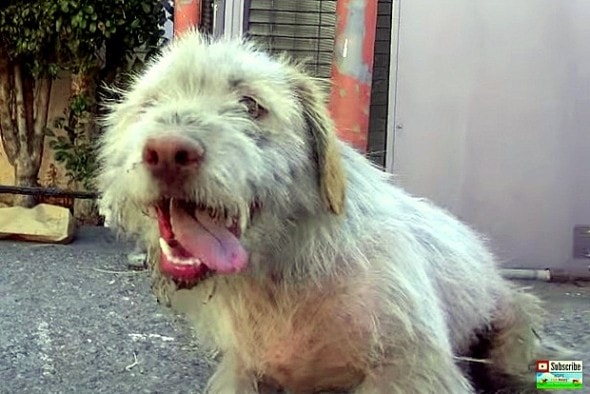 Aaron was loaded with fleas, ticks, and mange.  He was was given a medicated bath, and after a few days in the animal hospital, was like a brand new dog!

If you would like to adopt Aaron or any of their other rescues, please visit Hope for Paws.