Vocalist and philanthropist Dahna Bender, from Long Island, New York, is partnering with National Mill Dog Rescue to advocate for animal rights. Bender has gained renown for her public fight on behalf of animals and for using her music to raise awareness of animal rights issues. 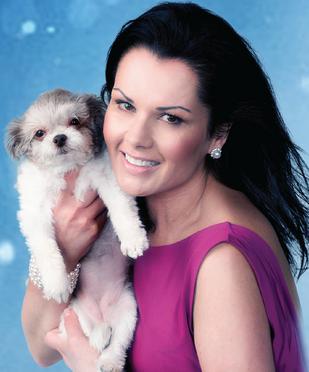 She will soon release her second CD, Christmas: Giving of the Heart II, to benefit this crucial work. With this fully self-funded project, Bender will donate 100% of her profits from the CD to the Colorado based organization, which will be released just in time for the 2013 holiday season.

Bender is currently working with Airgo Music and Grammy nominated producer and songwriter Jimmy Greco, who previously worked to make Beyoncé, Jennifer Lopez, and Britney Spears successful, among others, and wrote several Billboard #1 songs. In addition, producer Russ DeSalvo, who has worked with the likes of Celine Dion and Lionel Richie, is collaborating with Bender.

The CD will include various holiday classics such as “Silent Night,” “Sleigh Ride,” and “O Holy Night,” among others. The CD will be available for purchase on iTunes, Amazon, and other digital retailers, as well as in hardcopy form, which can be ordered through Airgo Music (www.airgomusic.com) or from Dahna Bender’s website (www.dahnabender.com).