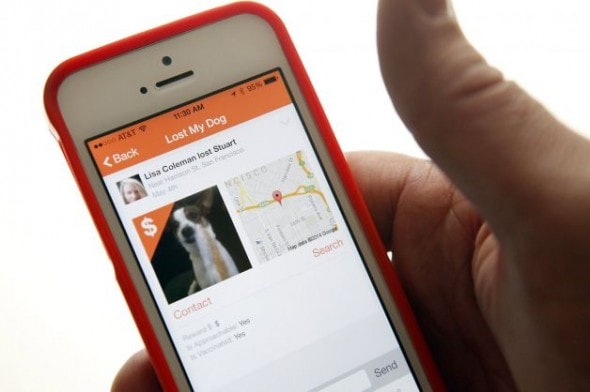 Any family that has ever had one of its furry members decide to take off for a while, or gets lost in this big world of ours, it’s always a pretty scary thing.  John Polimeno is a dog lover who thinks the same.  He can’t stand to see people separated from their pets, and understands the anxiety a missing dog can bring.  That’s why he’s developed an app for your smartphone that will hopefully reconnect you with your lost pup.

John calls his new app Finding Rover.  He and a startup team of developers have been testing it over the past year, and now it’s on its way to smartphone app markets everywhere.  There will be no charge to download the app, nor a charge to use it.

The app works on facial recognition and matching software.  Basically, you take a picture of your missing dog, and upload it to the Findingrover.com database.  That’s where the “magic” happens.  The database then uses facial recognition to see if it can match up your picture, to any of the pictures of any dogs that people have uploaded as “found.”  If there’s a match, you and your missing pet can be happily reunited.

With the recent expansion and seemingly global reach of social media networks like Facebook and Twitter, more people have been able to get the word out about their missing, lost or even sometimes stolen dogs to a much larger audience, and instances of owners and pets being reunited has definitely shown the power of these sites.  John hopes that by using his Finding Rover service, the entire process of getting pets back with their owners will be easier, and more streamlined.

There are also many organizations all over the United States that are interested in integrating John’s software into their everyday use.  Rebecca Katz, director of San Francisco Animal Care and Control said, “Finding Rover’s facial recognition is a pretty cool software with a decent accuracy.  This could be really useful for everyone.” 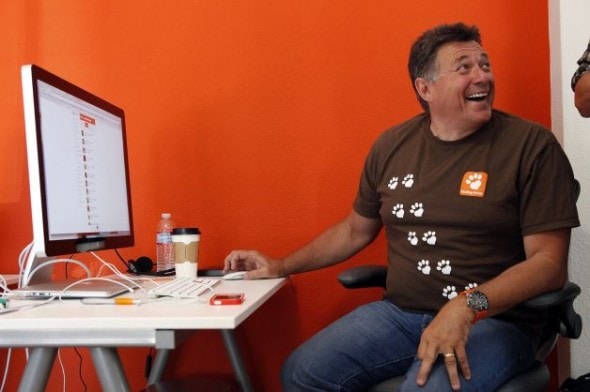