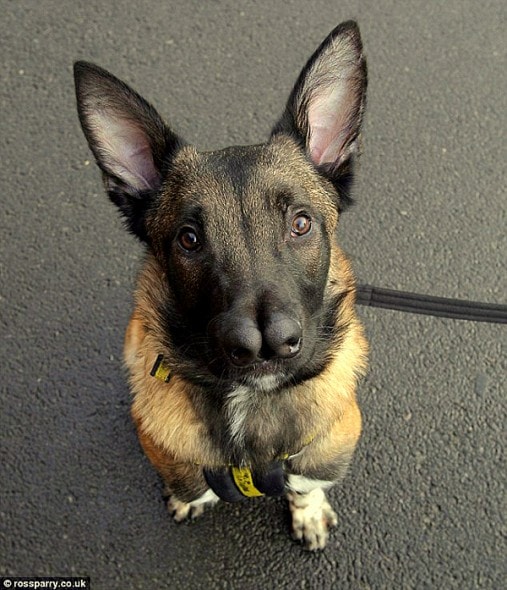 We were happy to tell you that Snuffles, the double-nosed dog in Scotland, was adopted after being shuffled around five shelters in his short four months on this planet.  But now Snuffles has been returned, and he is in need of another home – a forever home.

Snuffles is certainly unique – he has two noses.  We think he’s adorable, but many saw this trait and turned their noses up at a sweet boy who just needed a chance to prove himself.

“It’s a defect in his palate which gives him the appearance of having two noses, as his nostrils can move completely independently of each other,” explained veterinarian Angela McAllister.

The reason for his return was unclear, and the Glasgow Dogs Rehoming Centre only stated that things “didn’t work out.”

So now Snuffles waits for another family to bring him home.  Hopefully this time he’ll be with one for keeps.