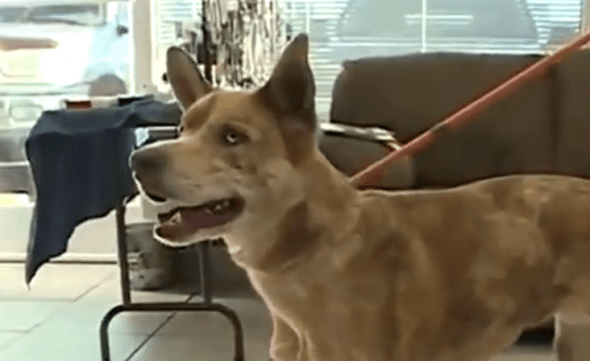 Monique Martinez never thought she would see their dog Yoshi again. Three years after he disappeared Yoshi turned up at a shelter 120 miles away from home. His microchip helped reunite him with his family.

Martinez adopted Yoshi from a shelter when he was a puppy. Three years ago she came home from school and found Yoshi gone.

“It was just devastating because I didn’t know if he was okay,” said Martinez.

She put up fliers and searched endlessly for Yoshi. She never spotted him but heard from a neighbor that he may have been hit by a car.

As time passed Martinez lost hope of ever finding Yoshi. Then after three years Martinez received an unexpected phone call all the way from Las Vegas. Last week Yoshi was turned into a Las Vegas shelter as a stray.

No one knows how Yoshi ended 120 miles away from his Albuquerque, New Mexico. When the shelter took him in they quickly were able to find Martinez thanks to Yoshi’s microchip. Although he was a little underweight from being a stray Yoshi was otherwise healthy. Now he is safely back home with a very happy Martinez.