Today, in remembrance of the tragedy our nation experienced on September 11th of 2001, and in honor of the dogs who played a pivotal role in post disaster search efforts, we offer a special giveaway that many of you will appreciate.

“Sirius” was a yellow, 4 1/2 year old Labrador retriever. He specialized in explosive detection. Dave Lim started training him in March of 2000 and was assigned to the World Trade Center in July 2000. They were responsible for searching all vehicles that entered the WTC as well as unattended packages and vehicles. They also worked with many VIP’s including ex-President Clinton and Governor Jesse Ventura. Sirius, as all other K-9’s in their unit, lived at home with Dave Lim’s family as a pet on off hours and days off.

On Sept. 11th, 2001, Sirius and Dave were in the B-1 level of #2 WTC at their office when they felt the first airplane hit the building. At first, Dave told Sirius, “I think they got one by us fella. You stay here & I’ll be right back.” He later said, “I never should have doubted my dog.”

After Dave assisted in rescue & evacuation operations, he was trapped on the 4th floor of #1 World Trade Center till 3:00 PM. After he got out, he attempted to return to the sub-grade & rescue Sirius. Firemen who informed him that the area that Sirius was in was inaccessible turned him back. The Port Authority lost 37 Police Officers, and they lost Sirius that day. Doctors would not allow Lim to search at Ground Zero because of the emotional toll it could have taken on him. But he kept tabs on the rescue effort, checking in periodically to ask whether they had made it to the kennel area. 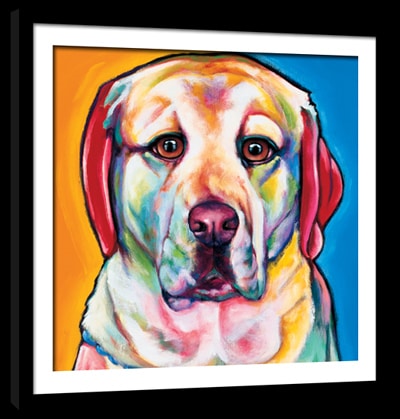 In the first few months, rescuers had to build a road over it to get to another area. When they found his jacket, Lim knew they were getting close. And, on January the 25th, workers at Ground Zero recovered the remains of Sirius, believed to be the only canine to die in the attack on the World Trade Center.

“I’ve been waiting to find him,” Lim said. “I fulfilled my promise to him because I came back and I took him home.”

The remains of the bomb-detection dog were found beneath the debris of Tower Two, in the Port Authority’s basement kennel. Workers immediately called Lim to the scene when they found Sirius. They carried out the remains with full honors, complete with a prayer and a salute.

“There was a flag over his bag and I carried him out with another officer, John Martin,” Lim said. “Everyone saluted. All the machinery was stopped — the same thing that is done for human police officers and firefighters. I thought it was very nice.” The Port Authority has listed 37 of its police officers as missing or dead as a result of the attack. Lim believes that number should be 38.

“He was my partner,” Lim said. “We got really attached to him,” he added. “I still step over the spot where he used to sleep in my room because I forget he’s not there.” He found consolation in the fact that his partner died instantly. It appeared that the kennel collapsed.

Today’s giveaway consists of the following:

The Dogs of Ron Burns Book

“Ron Burns captures the essence of dogs: strength without arrogance, beauty without vanity, courage, and grace. He also knows that dogs are nature’s finest comics, and he can put their clownish hearts on canvas. Wonderful paintings.”
-Dean Koontz
New York Times Bestselling Author

Ron’s first book takes the viewer from his early works of his rescued dog “Rufus”, through the captivating paintings of his shelter dogs and his most recent works of pet therapy, search and rescue and assistance dogs. By recognizing the quiet heroics of these dogs, Ron hopes to provide testimony to the growing role that animals play in the well being of us all. A very collectible book. 4-paws up!

For more information about Ron Burns, his art and philanthropic causes please go to www.ronburns.com or visit his Facebook page here.

Today’s winner will receive a limited edition, signed Sirius print, and a copy of The Dogs of Ron Burns by mail. As always, only those in our e-mail list are eligible to enter, and if you’re not subscribed, you can fix that in five seconds by clicking here. When your first daily digest e-mail arrives, hit reply, type the words “enter me” in the subject and send (current subscribers can reply to today’s digest). We’ll use randomizer.org to select winners, who will be notified by e-mail. Entries will be accepted through midnight Saturday: please note that this contest is open readers worldwide.