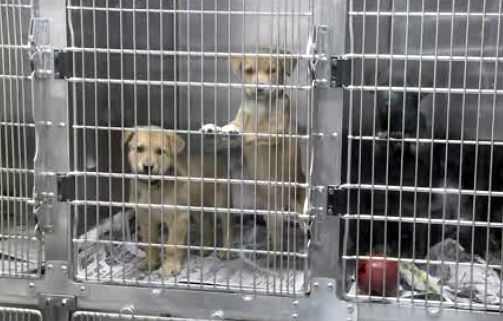 Saint Louis  city health department officials fear that pubic health is at risk due to some 10,000 stray dogs roaming the city.

Randy Grim, founder of Stray Rescue, sees parts of the city as a war zone when it comes to abused and neglected or abandoned dogs. “Today alone I’ve seen so much horror.. dead dogs.. one dog left behind locked up in a bedroom cause the house was foreclosed on and it starved to death.”

City residents face fines from $100 to $500 if they do not keep their dog on a leash or in a fenced yard .  Grim agrees it is time to start prosecuting dog owners who violate the law. “If we don’t start sending a message that it wont be tolerated, this place will always be extremely full,” said Grim as he stood in his new dog shelter.