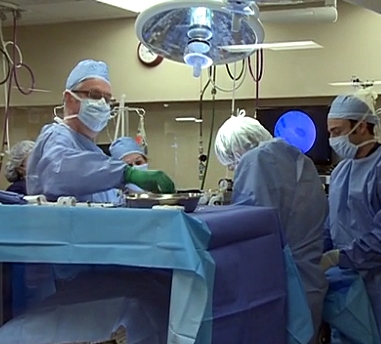 Banfield Pet Hospital, the world’s leading veterinary practice, released its State of Pet Health 2012 Report, revealing that certain chronic diseases in dogs and cats have risen drastically since 2007. The report, compiled by Banfield’s internal research team, Banfield Applied Research and Knowledge (BARK), captured and analyzed medical data from the 2 million dogs and nearly 430,000 cats cared for in Banfield’s 800 hospitals in 2011. The largest report of its kind, the State of Pet Health 2012 Report breaks down the data by these chronic diseases: overweight and obesity, arthritis, kidney disease, thyroid disease and heart disease.

Banfield, along with Kelton, a leading market research and strategy consultancy, recently surveyed 2,000 dog and cat owners for a deeper understanding of pet owner perceptions regarding chronic diseases and the steps they take to keep their pets healthy. Although the 2012 report shows an increase in chronic diseases, only 36 percent of dog owners and 28 percent of cat owners said they would take their pet to see a veterinarian to manage an existing disease or condition.

“At Banfield, we strongly believe in regular preventive care and early disease diagnosis. The key to successful early disease diagnosis involves a partnership between pet owners and their veterinarian to identify changes in a pet’s overall health and behavior,” said Jeffrey Klausner, DVM, senior vice president and chief medical officer for Banfield Pet Hospital. “New this year, we uncovered pet owners’ perceptions to shine light on the common misconceptions surrounding pet health. This information is valuable as it raises awareness of pet owner knowledge gaps, identifies pet owner education opportunities and provides key learnings for the veterinary profession as a whole. In partnership with pet owners, we hope to reduce the number of pets living with undiagnosed or unmanaged chronic diseases.”

While pets in the United States may be living with several chronic diseases, overweight and obesity are primary concerns due to their association with other chronic conditions—many of which can  impact the overall quality of a pet’s life. According to the report, nearly half of arthritic dogs (40 percent) and more than 1 in 3 arthritic cats (37 percent) are also overweight; almost half of diabetic dogs (42 percent) and diabetic cats (40 percent) are overweight; 40 percent of dogs with high blood pressure and 60 percent of dogs with hypothyroidism are also overweight.

While the rise in chronic diseases is a concern, so is the gap in medical care of cats. Despite the fact that there are more cats than dogs in the United States, Banfield treated 1.5 million more dogs than cats in 2011. Cats, however, are just as susceptible to serious, chronic diseases as dogs. One of the most significant diseases highlighted in this report is chronic kidney disease, a common cause of death in cats. This disease increased by 15 percent since 2007 and is nearly seven times more common in cats than in dogs. In 2011, 1 in every 12 geriatric cats had a diagnosis of kidney disease. Most cats diagnosed in the early stages of chronic kidney disease live about two to three years, whereas most cats diagnosed in later stages live less than six months after diagnosis.

“As outlined in this year’s State of Pet Health Report, chronic diseases are on the rise, and as a profession, we need to continually focus on regular preventive care and early disease detection,” said Ron DeHaven, DVM, chairman, CEO, American Veterinary Medical Association and chairman, Partnership for Preventive Pet Healthcare (PPPH). “The primary reason we formed the Partnership for Preventive Pet Healthcare was to help veterinarians understand and communicate the importance of regular preventive care for pets. We are pleased that Banfield is both a founding partner and a primary supporter of the PPPH, and that they are committed to sharing this valuable information in an effort to help us achieve our mission.”