A Maltese called Mickey was stolen right out of his yard this past Saturday.  Luckily, his family takes surveillance video of their yard, and after a video of him being stolen hit the internet, Mickey was finally found.  He has since been reunited with his family.

It was only a mere few hours after the video hit internet news and social media outlets before Mickey was located.  The video is a bit hard to watch, and we agree with Mickey’s human mom Lucy Gureghian. He clearly did not want to go with the person trying to take him.

“It’s hard to actually see it with your own eyes.  To see that he clearly didn’t even want to go, and the fact that she forced it upon him and then just took him,” said Gureghian.

When the video was released on Sunday, it came with a news interview with Gureghian begging for her dog back.  It was truly heartbreaking.

“Please just bring him back, that’s all we ask for,” Gureghian said.  “We won’t press any charges. We just want our dog back.  He’s part of our family and we miss him very much.”

Just a few hours after everything aired on Sunday, the family decided to go out yet again to locate Mickey.  This time, there was a sign that read, “Dog Found!” complete with picture of Mickey.  They immediately began knocking on doors asking if someone there had put the poster up.  After a few tries, they found him.

The person that had Mickey was not the person in the video.  Nor was anyone else in the immediate area for that matter.  The person that took him is still out there, but at least Mickey is back where he belongs.  He was very upset over the whole thing, but at the moment they were reunited, Mickey began to cry with joy to see him mom again.

The neighbor that had Mickey claimed that someone they had never seen before, just left Mickey there with them.  They claimed not to know who this person was, just that they dropped off the dog there.  Gureghian was suspicious of the person’s story, but was just so happy Mickey was OK, that she kept her word and didn’t press charges. 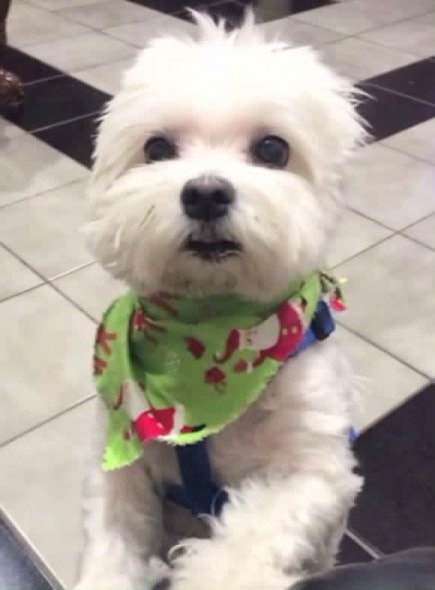