A Texas auto parts store employee helped save the life of at least one dog by refusing to sell antifreeze to a deranged woman who was hell-bent on killing a stray who was roaming around her neighborhood.

Justin Weynant was working his shift at O’Reilly Auto Parts when a woman came in and asked a question he never thought he’s hear.

“The lady walked in, obviously she was pretty upset, and she asked, ‘What kind of antifreeze kills animals?’”

Hoping to spare whatever life the woman was planning to take, Justin told her that antifreeze wouldn’t work.  However, she was not to be dissuaded, so the clerk began recording the bizarre conversation on his cell phone.

“Are you trying to kill a dog?” he asked.

“There is a vicious dog that has been on the loose for a whole week and animal control won’t get it,” she responded.

He and a coworker tried to discourage the woman from carrying out her dastardly plan, but she was resolute in her decision. 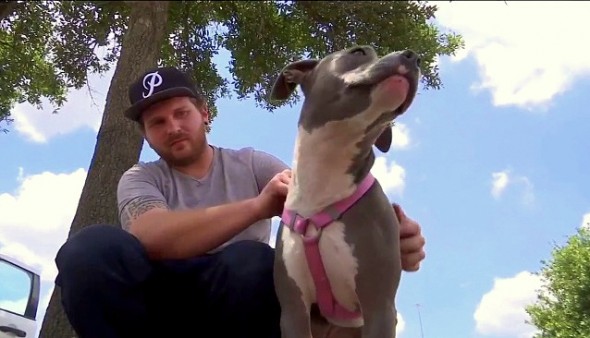 The dog-loving employee refused to sell the woman antifreeze.

“You know what?  I’ll go to Walmart, f—k it” she said.  “I’m not saying let me poison someone’s poodle or annoying Chihuahua.  I’m saying this is a vicious German shepherd on the loose.”

Justin posted the video on Facebook in hopes of finding someone who could identify the woman and alert police before any animals were sickened or killed.

Shawna Majors immediately reached out to 13 Eyewitness News to inform them that the woman is a neighbor of hers, and that the dog in question is far from vicious.

“She’s a monster… The dog was very afraid,” she said.  “The dog spent time with my nine-year-old daughter.”

Other neighbors, none of whom was accosted or seemed to feel in any way threatened by this dog, are grateful to Justin for uploading the video, and hope the woman learns a lesson.

After word got to the woman that she had made the news, Brandi Traynor made a statement on her Facebook page.  She has since either hidden or deactivated her account, but a screenshot was taken before she went into social media hibernation. 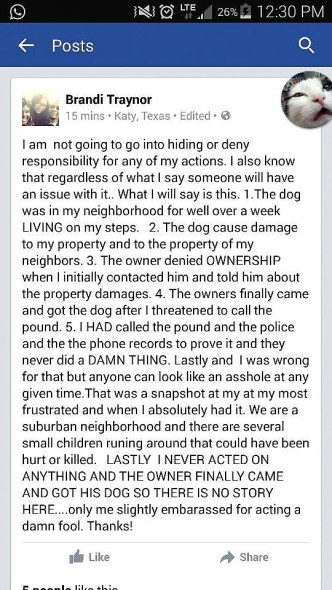 A fake account was set up in her name to allow the public to lambaste her.  According to some of the comments, she has four dogs of her own.  Additionally, Shawna noted that the dog – which wasn’t even a German shepherd – didn’t appear to be very aggressive.  Nor did the woman mention the dog’s maliciousness in her post, which seems suspicious.

“Just for everyone following, wanted you all to see the photo she took herself of the vicious dog.  Notice her daughter’s legs there next to the dog. That’s how vicious it was…. so dangerous she had her daughter sit next to it while she snapped a photo. I’m ready to put a ‘FOR SALE’ sign in my yard….or hers.” 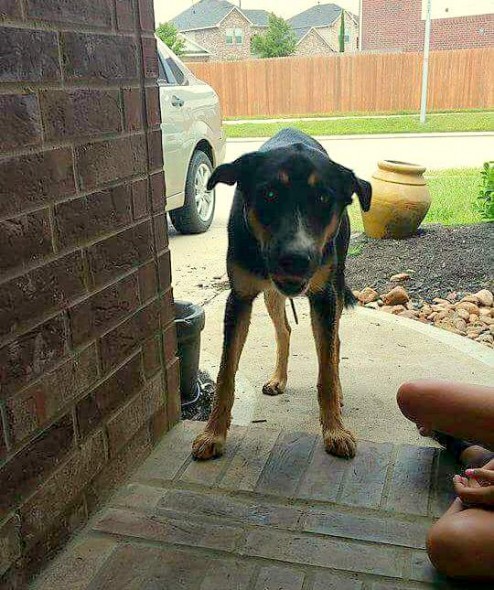