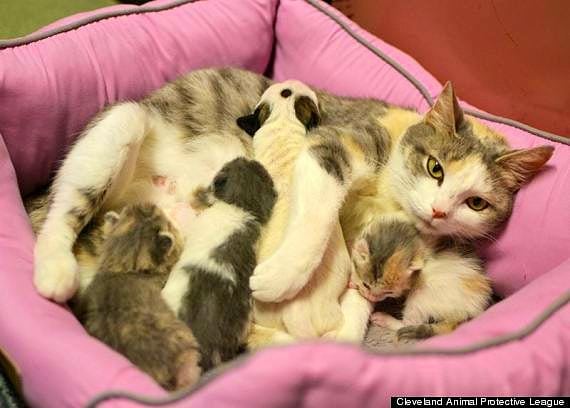 Earlier this year, the Cleveland Animal Protective League rescued a flea-ridden, one-day-old pit bull puppy from a garage. The owner was arrested, and the puppy taken to a shelter, where he bonded with a stray mama cat, who helped raise him.

A humane officer came across the puppy in a Cleveland garage, but didn’t see his mother around. She brought the tiny tot to APL, who named him Noland and placed him with Lurlene, a stray who had been brought in and just had a litter of four.

Noland’s mother, Molly, was found later in the day. Anxious and starving, she had been left chained to the back of the house. Her owner was arrested and convicted of animal neglect. 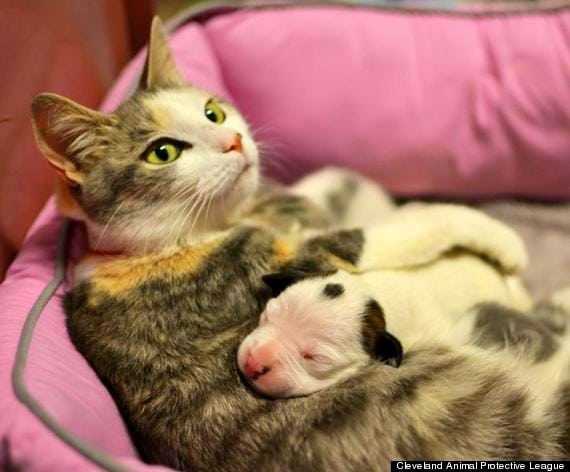 Molly was in too poor of shape to care for her newborn, so staff decided it would be best to let him stay with Lurlene and the kittens. They got along famously. When Lurlene and her brood went to a foster home, Noland came along, too. He visited the shelter occasionally to play with him birth mom.

“Noland blended in with the family so well, he was even found using the litter box a few times,” Judy Hunter, APL’s director of development, wrote to Petco.

The shelter recently won an award from Petco for the touching story. 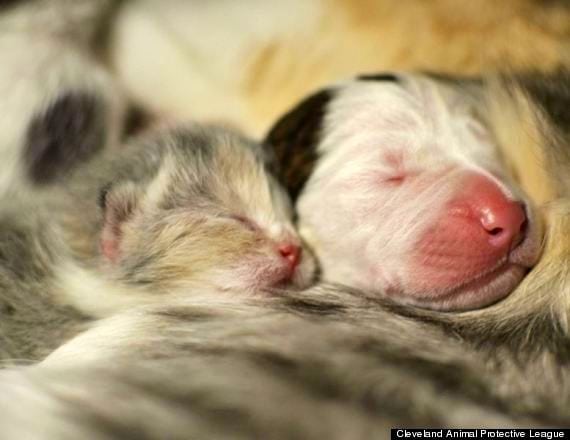 “The Cleveland  APL was honored to be awarded a $25,000 grant from the Petco Foundation’s Holiday Wishes Grant Campaign! More than 4,500 incredible stories were submitted,” the APL said on their website. “Our story was of Noland, the one-day-old pit bull puppy, and Lurlene, the mommy cat who took Noland in and helped raise him with her kittens.”

Noland was later placed in a foster home with puppies around his age so he could learn how to be a dog. But whether he was raised by cats, dogs or humans, all that really mattered was that he started his life out being loved and well-cared for.

APL Director Sharon Harvey said their story encompasses all of the league’s values, including “learning from them about the power of forgiveness and unconditional love and acceptance. And when you get right down to is, that’s really what it’s all about, isn’t it?” 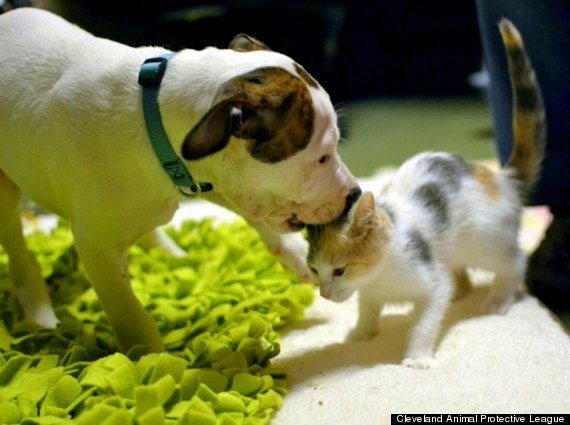