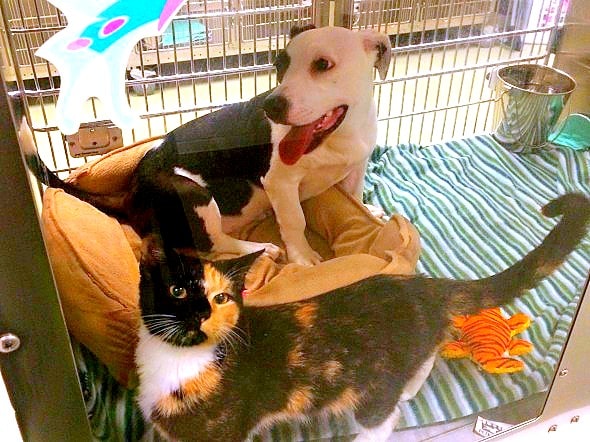 On Thursday we told you about a stray dog and cat – best friends – who were found together in Georgia.  We’re pleased to tell you that they’ve already found a home – together!

Henni the dog and Penny the cat – both females –were brought to the Columbia County Animal Services in Grovetown after a woman discovered them in her yard.

“They were brought in as strays to us by a citizen in Martinez who found them in her yard and the owner actually found them online and contacted us to let us know that they were her pets,” explained Shelter Operations Manager Daniel Mayne.  “She wasn’t able to come back and reclaim them. Her husband is in the military and got stationed up in North Carolina so she wasn’t able to come back and get them.” 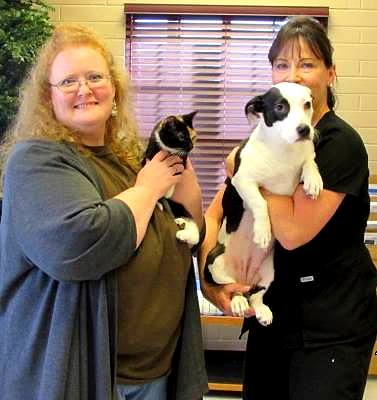 The former owner requested that they be put in the same cage, which has been done.

“They’re inseparable. They are right next to each other all the time,” Mayne said.  “In the mornings Henni will groom Penny, the cat. They will get to playing and we let them out of their cages to play around in the room while we’re cleaning.”

Because they are such good friends, the shelter refused to split them up, and insisted they be adopted together.  The adoption fee was even lowered to make that possible.  Now they are going to a new home together.

“Thanks to WJBF and everyone that spread the word about these two adorable fur-babies, our Christmas wish was answered,” CCAS said.  “Henni and Penny were adopted this morning!”