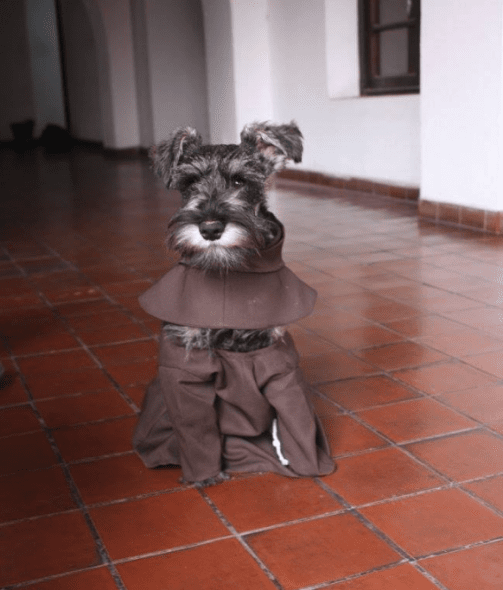 The Franciscan monastery of Cochabamba, Bolivia has welcomed a new member to their flock, however the newest member isn’t a human.  He’s a rescue dog called Carmelo, and he even gets to wear a snazzy habit, just like his fellow friars! 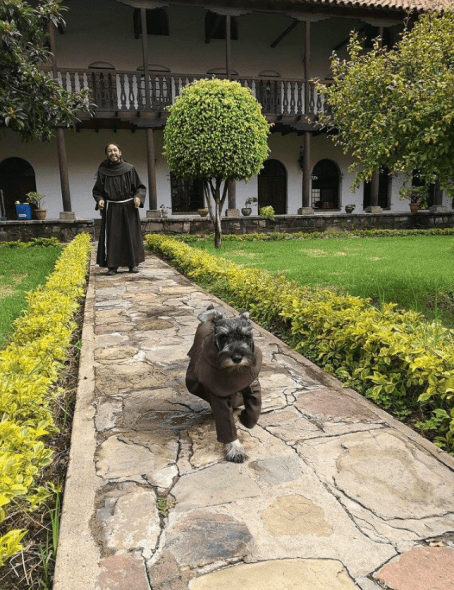 It isn’t really a stretch to imagine a Franciscan monastery adopting a dog.  Anyone familiar with the order’s patron saint, Saint Francis of Assisi, knows that the man was a great friend to all of God’s creatures, great and small. 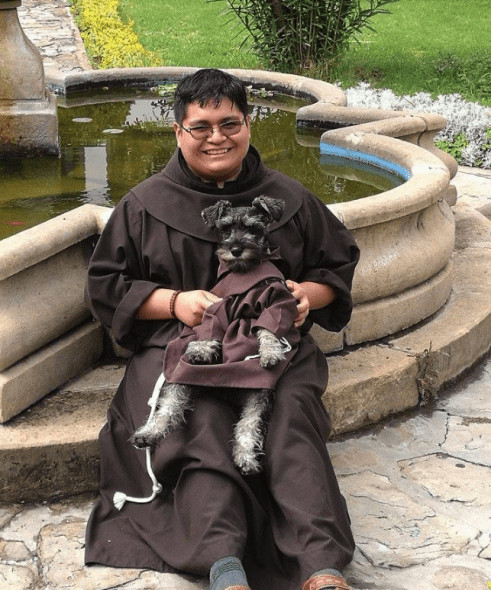 They have given the dog a new name.  He’s now called Friar Bigoton, and he really seems to be suited to the monastic life.  According to the brothers living there with him, he does an amazing job, “preaching to the fish.” 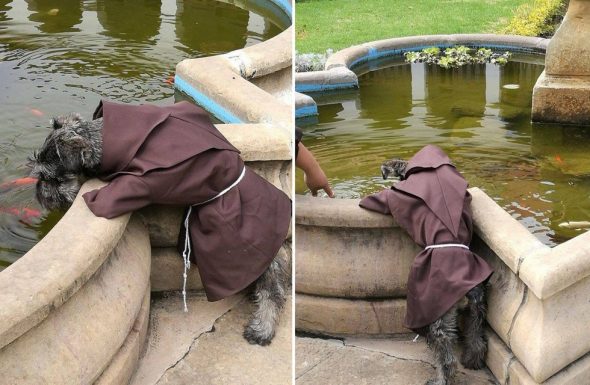 “His life is all about playing and running,” Jorge Fernandez said to The Dodo.  “Here, all of the brothers love him very much. He is a creature of God.” 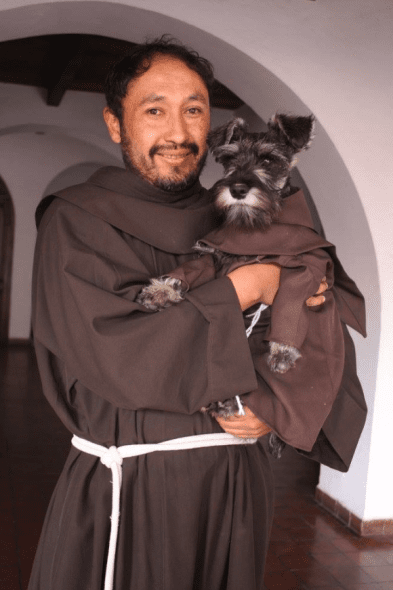