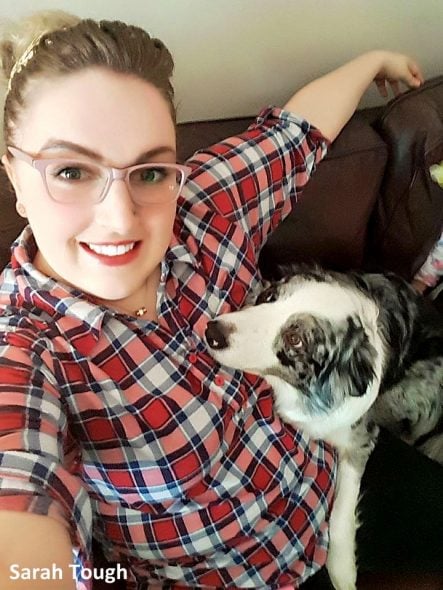 A woman and her dog were walking along a beach in the UK when they came across a group of violent young miscreants abusing a baby seal and preventing it from getting back into the water.  The heroic woman and dog duo sustained injuries, but saved the seal’s life.

Sarah Tough, a wife and mother from Canada, was staying with family in the UK and had decided to go for a walk with her border collie, Tally.  They were meandering along the Durham shore when they saw eight hoodlums causing harm to a defenseless seal pup that had become stranded. 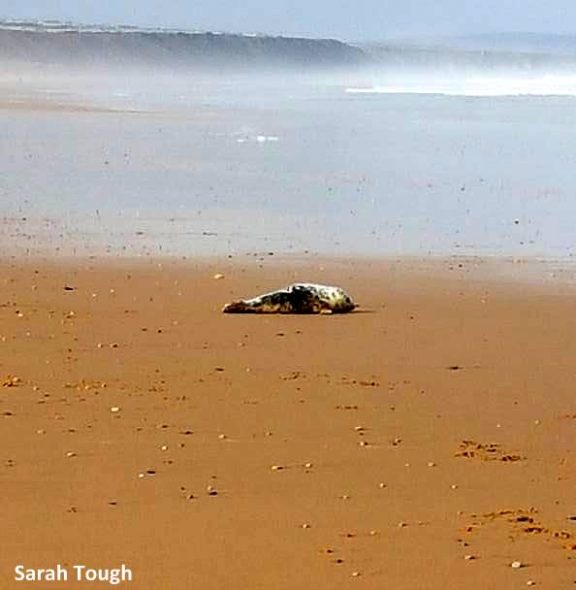 “I saw them in the distance and I didn’t have my glasses on and at first I thought it was just a log or some driftwood,” she told the Daily Mail.  “But when I got closer, I thought, ‘Oh my god, that’s a seal,’ and it was just rolling around, trying to scurry to get away and they were just getting in its way.

“They were throwing things off it and I saw one throwing sand in its face and I think they were trying to bury it.  I just shouted at them with some choice words and said if they didn’t stop I would call the police. One of them came out, the ringleader, and said, ‘Who are you talking to, like?’ and then he popped me.” 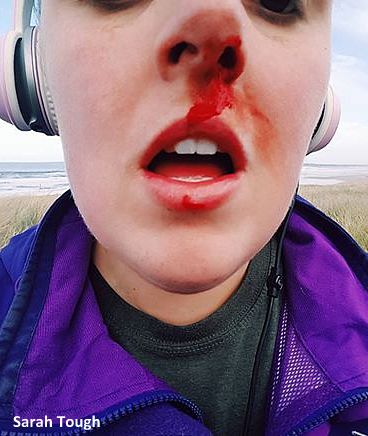 Sarah, suffering from a pierced septum, stood there as blood cascaded down her face.  Tally clamped down hard on the ruffian’s ankle, losing a tooth in the melee. But it was worth it, as the reprobates then fled, leaving the injured parties alone on the beach.

“The seal was terrified and it was exhausted, it wasn’t moving, it was just lying there,” Sarah said.  “I rang the police straight away and they called the RSPCA, who went down and checked on it and they said it was fine and would go back in with the tide.” 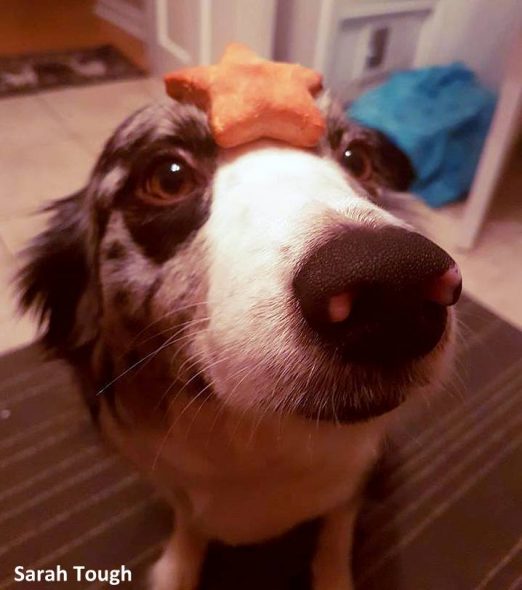 What a good girl – give this doggo a treat!

Though she could understandably be fostering some pretty negative feelings for the scoundrels, Sarah has a much more benevolent perspective.

“I honestly feel sorry for them. I might sound silly, but my thought is, what’s happened to them in their lives that they would do something like that?  It’s awful, and a lot of people are angry about it and say they get what they deserve, but they must have had bad upbringings.” 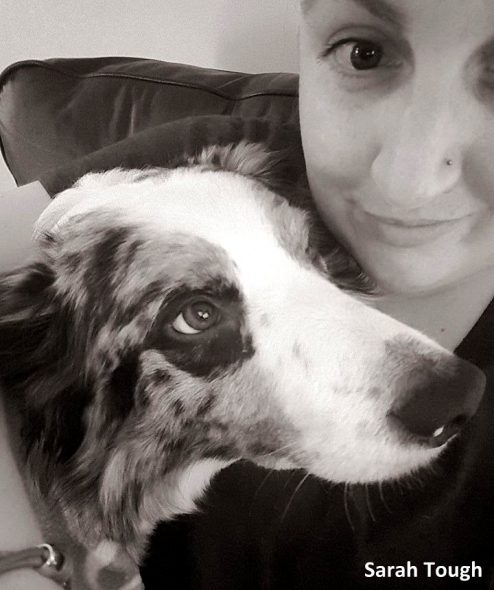