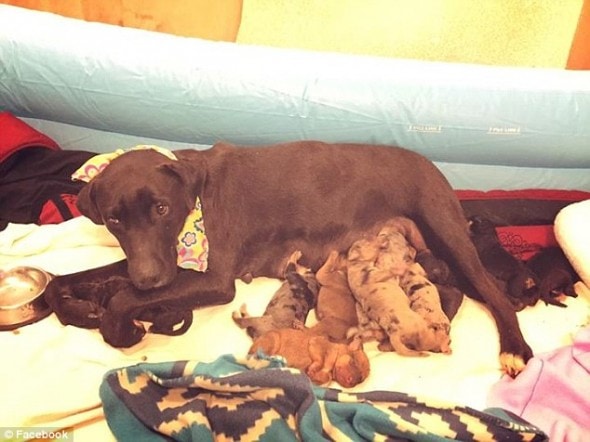 On March 10, 2015, a stray dog from Dallas saved the lives of ten puppies and their mother after frantically barking at passersby until someone paid attention.

The dog has been named Hero after his heroic actions, and along Mona, the mom, and her babies, all 12 dogs are now safe in a foster home.

Marina Tarashevsce from Dallas Dogrrr – Rescue, Rehab, Reform was the angel that came to the dogs rescue. She had previously seen Hero on the streets with another dog she suspected was pregnant, but due to the elusiveness of both dogs, rescuers had not been able to capture them.

On that March night, Hero was willing to let humans approach him and he led Tarashevsce and dog behaviorist John Miller, to a creek in the woods were the puppies rested near the exhausted mother.

“Hero was barking really loudly,” Tarashevsce told Fox and Friends Weekend. “And it wasn’t just a regular bark. He just wouldn’t stop and it sounded like he was in distress of some sort. [Hero] led us right to the puppies. He led us to a creek by the woods.” 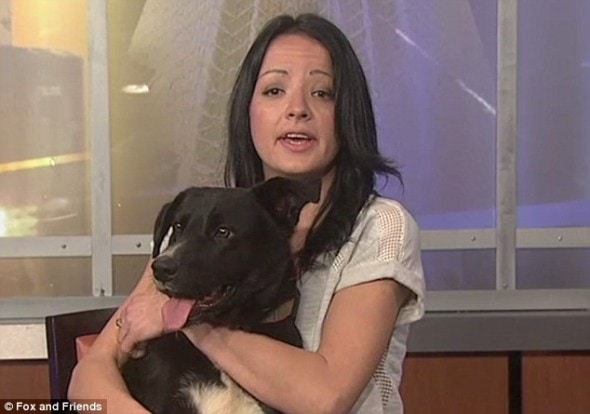 Mona and the puppies were rescued that night but Hero stayed behind because he would still not let anyone near him. A humane trap was left for the heroic dog and he later joined his “wife” and possible kids at the foster home.

Learn more about Hero, Mona and the puppies on Dallas Dogrrr’s Facebook page.