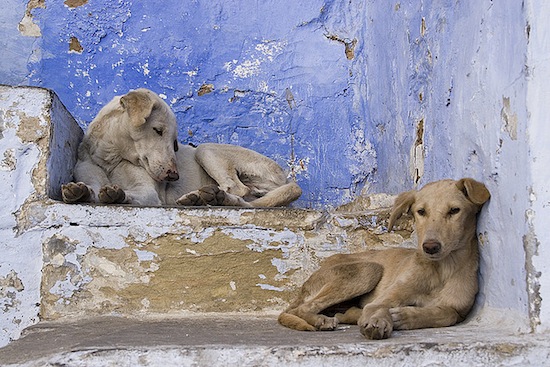 Nakched Mian might be locking his door from now on after he had $400,000 rupees stolen from his room by a stray dog.

Mian had been sent the money by his son, who works abroad.  The money bag was on his bed.  Mian stepped out for a moment to wash his face, and when he returned, the dog had the bag in his mouth.  Like any dog who’s been caught in the act, he fled when he was spotted.

“When I went outside to wash my face at the water pump, I saw a stray dog running away with my money bag clutched in his mouth.  I chased it but it disappeared from sight,” Mian said.

Mian cannot file charges against the dog, but he did lodge a formal complaint with police.  Police suspect that the dog may have thought the bag contained food.  In any event, this businessman will likely be keeping a closer eye on his money.