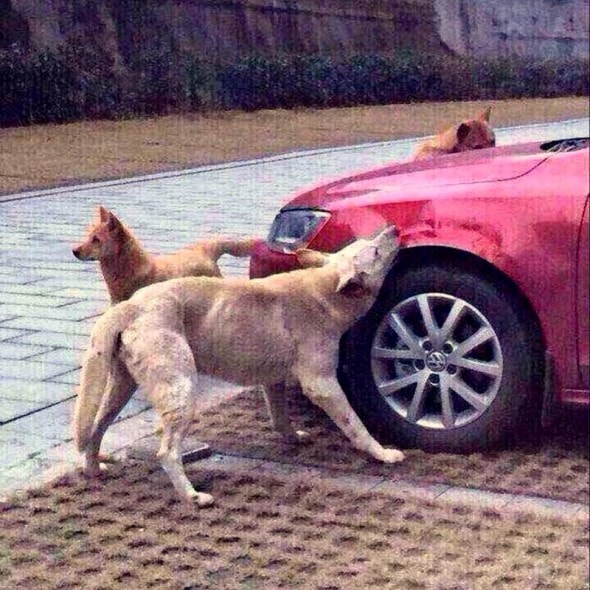 A street dog in China who was kicked by a nasty driver got his revenge by summoning a few of his friends to come with him to trash the man’s car.

The dog had been sleeping in the man’s parking spot, so he got out of his car and kicked him.  The dog took off and the man parked in his space. 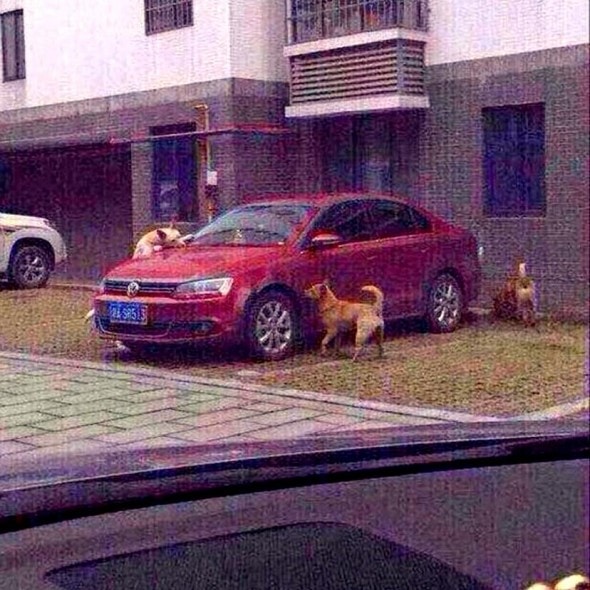 But that wasn’t the end of the dog.  He returned a while later with some buddies, who had one thing on their minds:  retaliation.

They happily scratched and chomped on windshield wipers and other parts of the car before skedaddling.  A neighbor got photos of the incident and showed them to the mean man, who reportedly has not seen the dog since.