Just because he was born without eyes, doesn’t mean Smiley can’t bring his trademark good nature comfort to those in need.  Smiley had been rescued from terrible living conditions at a puppy mill early in life.  Though they were sewn up to prevent infection, not much hope was given to a puppy born with no eyes.

Flash forward a few years, and now he’s grown up and become one of the most loved therapy dogs in area hospitals and nursing homes.  In his hometown of Stouffville, Canada, he’s become quite well known.

“There was this man Teddy, (who had) no speech, no communication at all,” said Smiley’s human, Joanne George.  From the moment Teddy saw Smiley, it was like a curse holding Teddy’s speech was lifted. 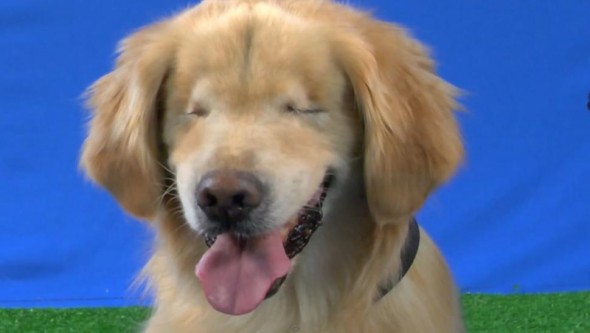 “Teddy smiled when Smiley got into his vision,” she said. “The staff had never seen Teddy smile before.”

Joanne says that poor Smiley didn’t always have it so well.  From an early age all he knew was neglect and how not to trust people.  According to Joanne’s blog:

“He cowered at the sound of another dog eating.  The scars on his face and ears told me the stories of what it was like living with so many dogs in such deplorable conditions,” she said. 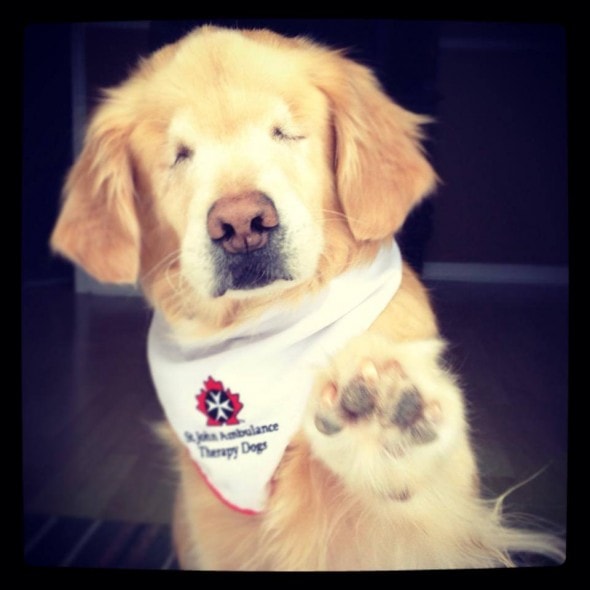 Along with the poor health and living conditions, Smiley wasn’t exactly housebroken, either.

“Smiley was extremely destructive and had zero house-training. He was nervous and had many anxieties about coming into a home,” Joanne said.

It didn’t take long however, for Smiley to start to be able to take basic commands, and reign in the bad behavior.  Joanne believes that it may have had something to do with Smiley finally starting to feel a bit more settled, but it was in large part thanks to a deaf Great Dane Joanne rescued named Tyler. 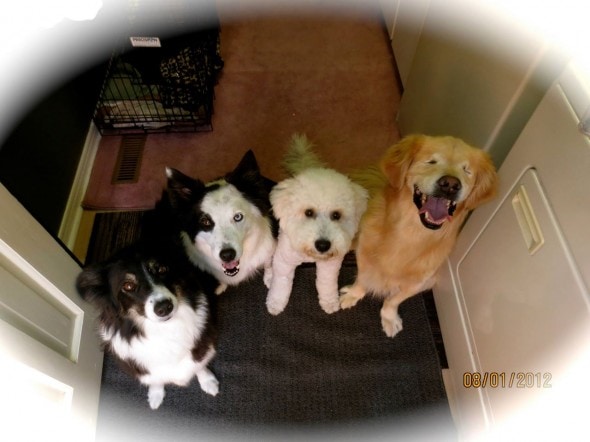 Joanne said, “Tyler was so bouncy and crazy and happy-go-lucky and Smiley turned into the same dog.  He came out from underneath the tables where he was always hiding.”

Now Smiley can take some fairly complicated commands, and for a dog born with no eyes, Smiley gets around quite well.  He is said to be able to navigate so well because he’s able to hear and follow Joanne’s foot steps.

Yes, Smiley is a unique dog.  He may have been born blind, but Joanne has said that he doesn’t seem to dwell on his condition.  He has become a happy dog that brings a smile to many sick folks and those who are sad and in need of companionship.  He really is a remarkable dog. 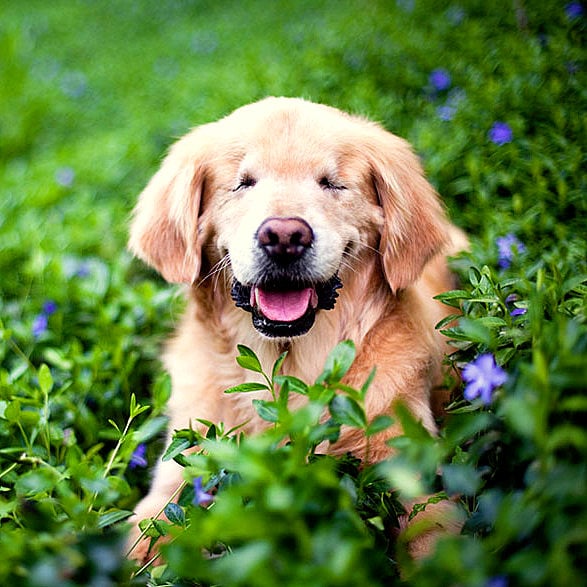