A new study suggests that mans best friend may be a constant source of friction in the average household, sparking more than 2,000 spats annually. 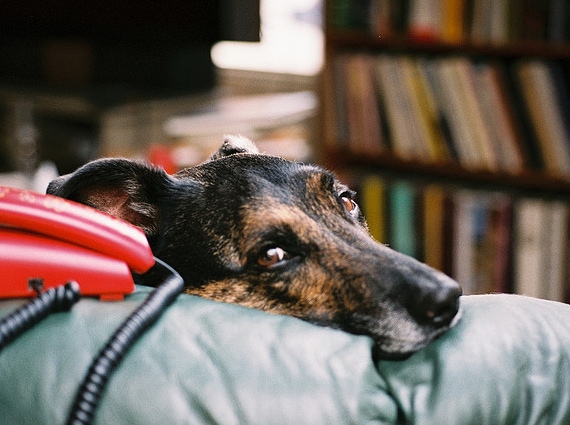 According to The Telegraph, participants of the study said that disagreement among family members led to three dog-related arguments each week, with disciplinary issues making up much of the list of commonly contested topics. 18 percent of couples in the study said fights over being too harsh or too soft when training the dog were common.

One quarter of respondents said they frequently disagree over whether the dog is allowed in the house, on furniture or upstairs.

Most troubling: 26% of participants admitted to considering getting rid of the dog after a fight.

The top 20 sources of friction among quarreling dog owners:

1. What to do with the dog when going away

2. Who should walk the dog

3. Whether the dog should be allowed on the beds

4. Whether the dog should be allowed upstairs

5. Who should clean up the mess in the back garden

6. Being too harsh on the dog

7. Letting the dog onto the sofa

10. Feeding the dog from the table

11. Who should babysit / look after the dog

14. Who chose to buy the dog in the first place

16. Who clears up when the dog is sick

18. Allowing the dog into forbidden rooms