An Ohio man is facing charges for abandoning 6 puppies in a suitcase after a witness saw him discard them and drive away. 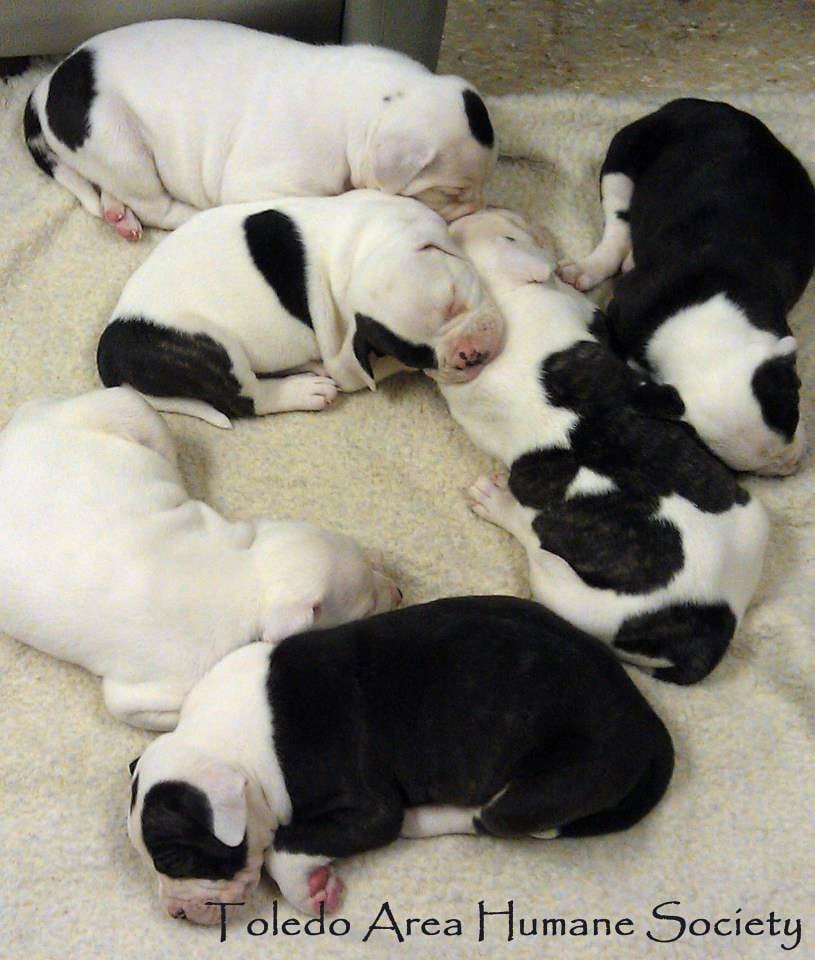 Update (5-20-12):  As of Tuesday, these famous survivors will be in their new homes. The Toledo Area Humane Society said 132 applications for the animals’ adoptions were submitted from dozens of states after more than 1,000 phone inquiries were answered.

“We were expecting it to be higher simply due to the high volume of phone calls and inquiries we had received from people across the country asking how they could adopt one of the puppies,” said John Dinon, executive director of the humane society.

All of the puppies were spayed or neutered, received an exam, vaccinations, and were microchipped.

The Toledo Area Humane Society said six puppies and their mother were recovered by a dumpster on the 3400 block of Stickney last week.

“Apparently the gentleman who owned them was moving away, and it appears as though they didn’t fit into the move,” said John Dinon, Toledo Area Humane Society director.

Scott Snyder said he saw the man leave the dogs before speeding off.

“I saw a gentleman in a silver pick-up drop something near the dumpster. I thought, ‘Well, people do that.’ When he took off, I see a female dog chasing him.”

Snyder said the puppies’ distraught mother was guarding a suitcase. As he approached, she stepped aside to let him have a look inside. When he did, he found her babies – 6 tiny bulldog mix pups.

“Not only could they have suffocated, they could have got run over,” Snyder said. “I’m just glad I was here to save them.”

Police did not have to look far to identify a perpetrator: Howard Davis forgot to remove his name from the luggage tag on the suitcase. And the mother of the pups was registered in his name.

Davis faces two charges of second degree animal abandonment, and could be subject to a fine of $1,500 and up to 180 days in jail.

The pups will be up for adoption at the Toledo Area Humane Society in a matter of weeks.

How to Raise a Puppy: Recommendations from a Vet
Sportmix Dog Food Reviews
Honest Kitchen
VIDEO: This hilarious, leaf-loving Lab is the antidote to Mondays.
Top Dog Food Brands for Weimaraners
Pro Pac
What’s the Best Dog Food for Pups with Skin Allergies?
What’s the Best High-Fiber Dog Food for Your Pooch?