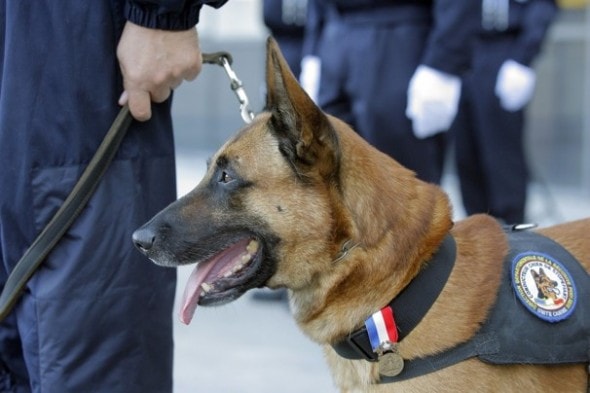 The case, Florida v. Harris, involved police dog Aldo. When Officer William Wheetley stopped Clayton Harris because of an expired license plate Harris acted very nervous and refused Wheetley’s request to search his truck. When Aldo was brought out the dog alerted to the smell of something. Wheetley used this alert as probable cause to search Harris’ vehicle. The search led to the discovery of the ingredients used for making methamphetamine.  Aldo had not been trained to detect these.

The Florida Supreme Court has reversed Harris’ conviction finding the search to be unconstitutional. The cited evidence of dogs often making mistakes and being influenced by their handlers and questioned Aldo’s reliability. The Florida Supreme Court said the state must introduce the dog’s training and certification records, field performance records, information on the handler’s training and any other objective evidence known to the officer about the dog’s reliability.

The U.S. Supreme Court ruled unanimously that the Florida Supreme Court had gone too far with its checklist requirements to prove Aldo’s reliability. Dog-sniff evidence needs to be treated like any other inquiry into probably cause. “The question – similar to every inquiry into probable cause – is whether all the facts surrounding a dog’s alert, viewed through the lens of common sense, would make a reasonably prudent person think that a search would reveal contraband or evidence of a crime,” said Justice Elena Kagan. Under this test Aldo’s search was constitutional.

The Supreme Court will again rule on a drug-sniffing dog from Florida in Florida v. Jardines, this time involving a dog named Franky. In Franky’s case officers acting on an unverified tip brought Franky to a private resident. Once there Franky alerted for contraband. The Florida court had also ruled this search as unconstitutional. This decision has a more likely chance to stand since the court traditionally gives greater protection to privacy rights at home. At oral arguments in October for the case there was considerable more debate between the justices than in Florida v. Harris. The Supreme Court may rule on this case as early as Wednesday.