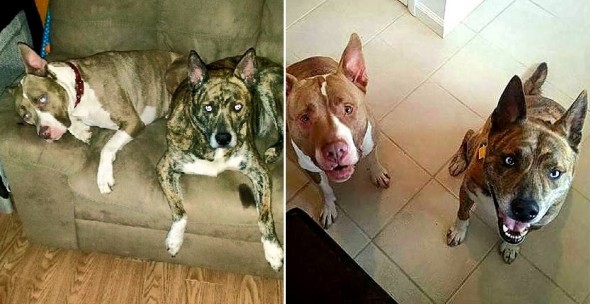 They say everything in life happens for a reason.  Eddie and Cain had to be given up by their saddened family when they moved to Arizona and could no longer keep them.  Eddie was adopted, and not long after, Cain was too.  Eddie was returned three weeks later, which turned out to be the best thing ever, because Cain’s new family adopted him!

This was posted by Speranza Animal Rescue on February 13th:

A woman emailed us about a month ago looking for a dog for her daughter and her story brought us to tears….

Sadly this little girl’s father was tragically killed in a car accident a few days before Thanksgiving last year. 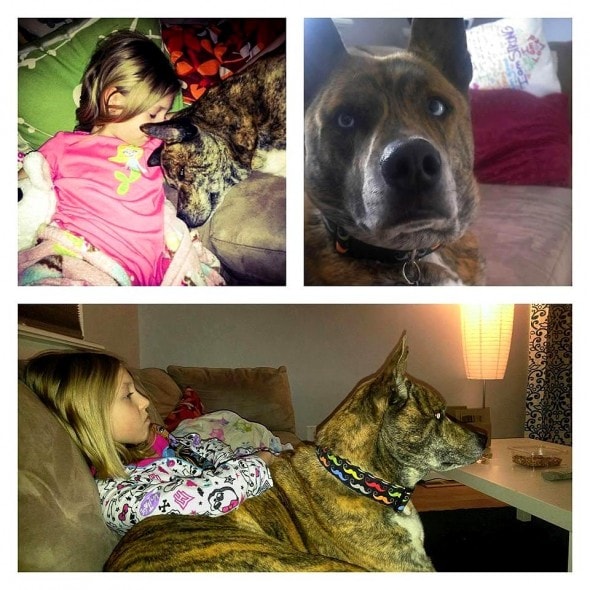 Her mother said her grief counselor thought a dog would help her cope with this horrible loss.

They came out and met Cain, and it was an instant connection. Cain had lost his family after being surrendered to us late last fall – and while he was happy here at the rescue we couldn’t fill that void of the home life which he always knew.

Well, Cain went to his home last weekend and the mother has told us these two are INSEPARABLE.

Wherever her daughter is, Cain isn’t far behind. They have bonded like no other and truly have become best friends.

Congrats Cain, we are so happy for you and your new ‘sister.’ ♡

Then they posted this update earlier today: 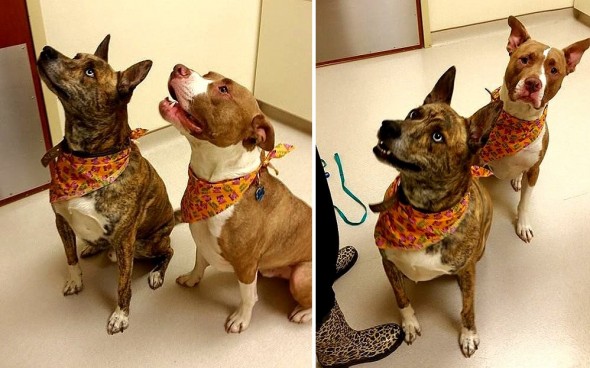 Everything happens for a reason. ….

We all know the story of Cain getting adopted a few months ago… but there is more to this story.

Cain and Eddie had been surrendered together last summer – [through] no fault of their own.

A few weeks before Cain was adopted, Eddie left for his new home as well.  Three weeks later Eddie was returned.

This turned out to be a blessing in disguise – Cain’s new family heard the news and they decided to open their home to Eddie as well.

They said as soon as the two boys laid eyes on each other, the reunion was nothing short of amazing.

These two long lost brothers are now back together – FOR GOOD! 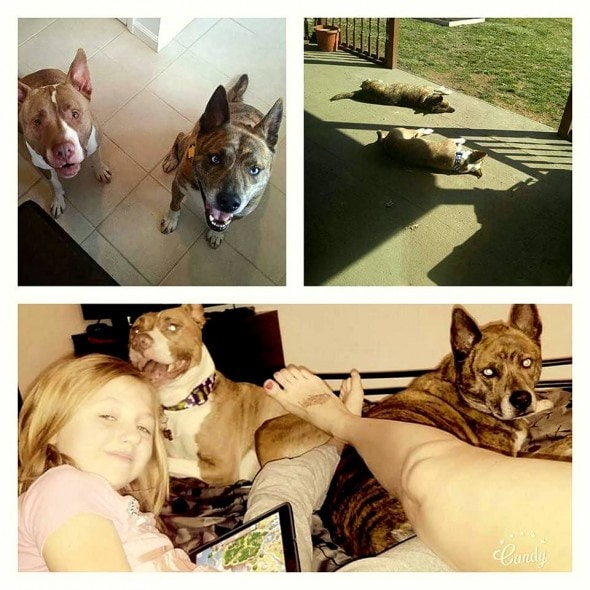 If you’ve love to give a fairy tale ending to one (or two!) of their adoptables, click here.