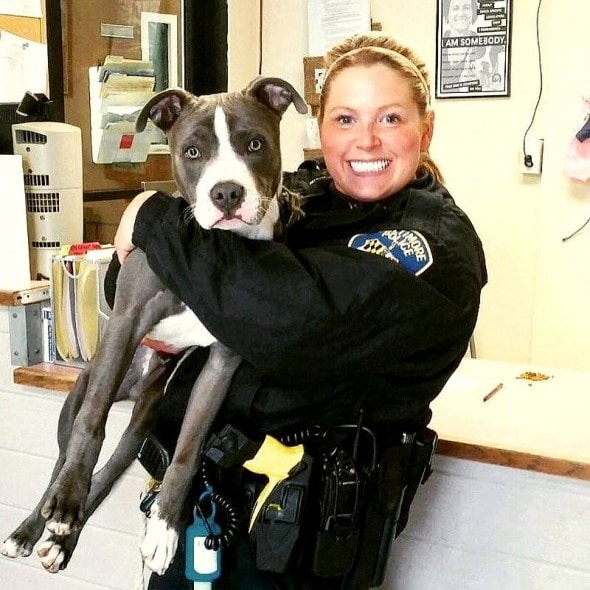 About a week ago, Baltimore Police Officer Ashley Acord was on patrol when she found a dog who had been left tied to a doorknob in a deserted house.  He might have died of thirst had she not gone in the house for the reason she did.  Now she has adopted the dog, who may have been sent to her from heaven…

While out on patrol last Sunday, Acord was driving down a street when she thought she saw someone emerge from a supposedly vacant house.

“No one was supposed to be there,” she told The Baltimore Sun.

She and another officer called for backup, just in case there was something unsavory going on that required additional assistance.  But what she found inside couldn’t be more innocuous: a lonely puppy, tied to a doorknob.

“He was actually groomed pretty well,” she said.  “He didn’t show any signs of aggression. He just seemed like he wanted to attention.” 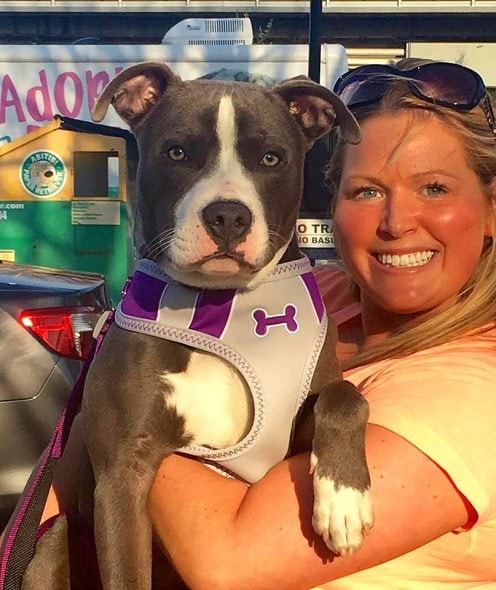 They brought him to BARCS (Baltimore Animal Rescue & Care Shelter), but on the way, Acord and the dog bonded.  As soon as they arrived at the shelter, she filled out an application to adopt him.  He was put on a stray hold, but no one came forward to claim him.

“They said he would be mine if I still wanted him,” she explained.  “I had a dog growing up. I’ve watched my friend’s dog on and off, and I’ve always been an animal lover, specifically for dogs.”

Acord officially became his mom on Thursday, and she named him Grayson.  The timing could just be a coincidence, but she found him on March 20th – the same date that last year her grandmother got sick.  She died two weeks later.

“I don’t want to say I took it as a sign,” said Acord, though it did strike her as peculiar. “But I wanted to, at least, see the dog go to a good home.”

She and her 10-month-old pup are now spending time getting used to each other.  The transition has gone smoothly.  Grayson is probably thrilled to be with someone who is willing to dote on him.