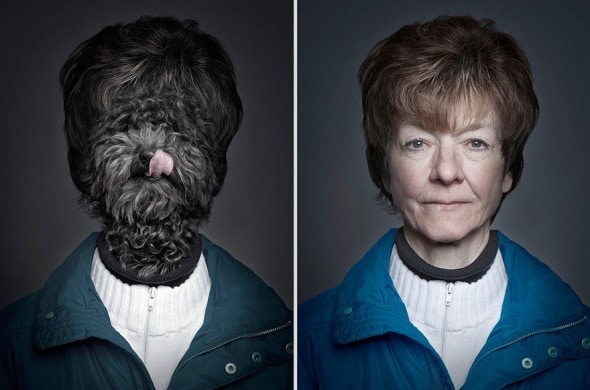 Sebastian Magnani, Swiss artist and photographer has put out a stunning series of photos of some dogs looking VERY posh.  The title of the piece is “Underdogs,” and some special camera trickery was used to create the shots. 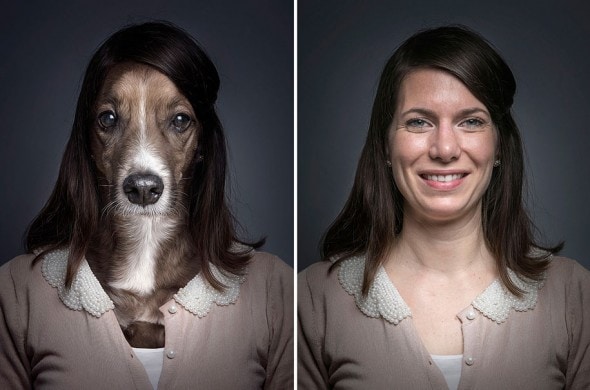 First, a photo of a human being is taken, wearing some very nice looking outfits.  Then, the dog is brought in and situated in front of the camera the same way, and a photo of the dog is taken. 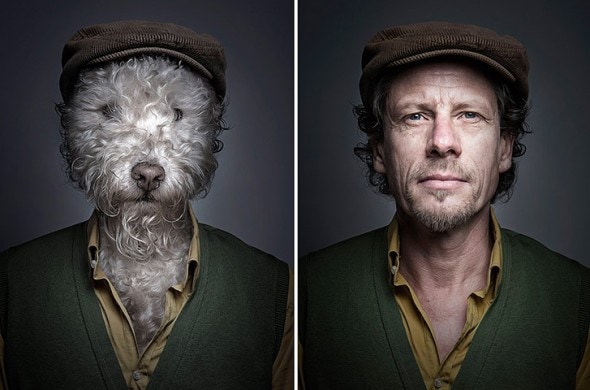 Then, using both the shots of the dogs and humans, more or less spliced together is enough to make anyone catching a glance of the work do a double take!  Some of these are so convincing, it really is hard to tell what is going on. 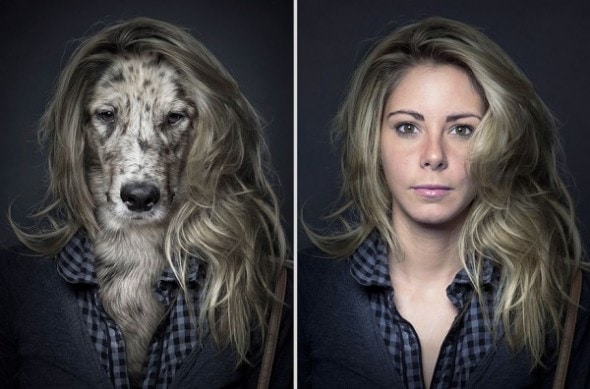 Even the hair looks as if the dog actually is coiffed that way.  The photos are so seamless and so realistic.  What an amazing idea! 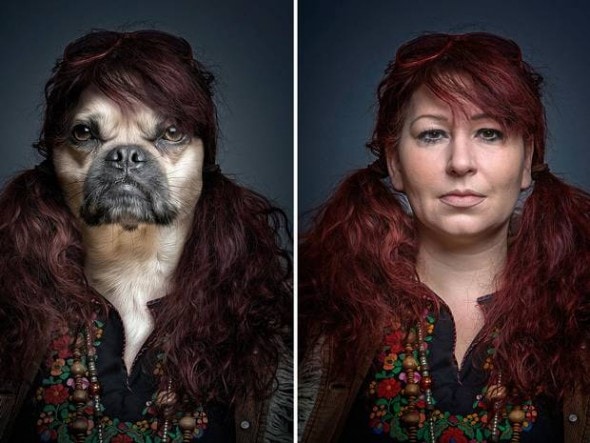