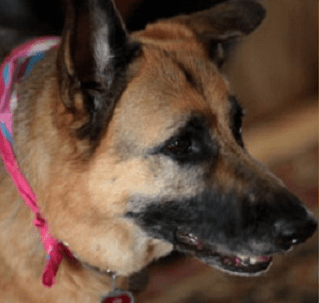 Twelve years ago, Anne Drake thought life was over as she received news that she was going blind.  “I thought I was never going to be able to do anything again,” Drake said. “In the process of losing my sight, I lost who I was. I was no longer Anne, but I became somebody I didn’t know.”  Then along came Tabitha, an incredible guide dog that joined Drake for the new journey she was embarking on.

Tabitha is a german shepherd that came to Drake from Leader Dogs for the Blind, an organization in Rochester Hills, Mich., that provides free guide dogs to the blind and visually impaired.  “Tabby, she led me into it,” Drake, of South Bend, Indiana said. “She led me into the blindness and she led me into my new life. Her main job is to help me find things and keep me safe from things like moving cars. But she found me. She found who I was and helped me find myself again.”

The pair were together for 7 years, and had an amazing connection but at 9 years old Tabby was developing arthritis and needed to retire, so Drake made arrangements for her to return to Wisconsin to the family that raised her as a pup.  “It was really tough … We were such a great working team and I love her madly so I didn’t want her out of my life,” Drake said. “But at that point it was all about her. I had to be the person for her like she was the dog for me. I had to step up and take care of her now.” 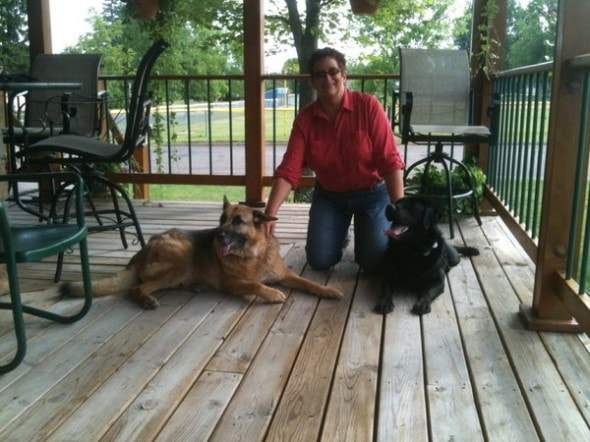 Now Tabitha is being recognized for her 7 years of service to Drake by being honored at American Humane Association Hero Dog Awards.  Drake nominated her for her incredible abilities and Tabitha received more nationwide votes than 40 other dogs to earn the honor of Hero Dog in the Guide Dog category.  Drake and her new dog, Driver a 2-year-old black Labrador, attended the filming of the awards show in Los Angeles with Tabitha.  However the older dog was not feeling well so Driver accepted the award on Tabitha’s behalf,  a $5000 prize that will go to Leader Dogs for the Blind, the organization that brought them together.

Despite Tabitha’s illness, there is a wonderful happy ending as Tabitha has returned home to live with Drake and Driver and and a schnauzer that Drake rescued.  “At that time, I just decided that I wanted her back with me,” Drake said. “It was agreed (between herself and the family Tabitha had been living with) that she would come back and live with me. And now she’s back in my home and it’s a great thing.”