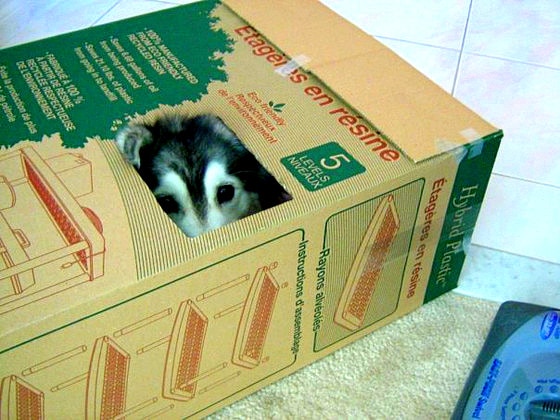 Last week we told you about the kitten who thinks she’s a pit bull.  Now meet Tally, the Malamute-husky mix who has spent so much time around cats that she seems to think she is one!

Reddit user DONG_OF_JUSTICE says the dog was “raised with cats, and thought she was a f—ing cat herself.”  She was adopted at two years of age, and had spent her puppyhood with kitties.

D_O_J (I will not type that name again!) says “I was told that they were very mischievous and would bring her along their dastardly escapades together.”

Tally has never been very interested in bonding with other dogs.

“She’s not very interested in interacting with their kind.  I’ve brought her to dog parks, and it’s pretty funny. She’ll walk around sniffing things, while a bunch of dogs are following her and trying to smell her. Doesn’t even notice them.”

“My parents gave her away to some family friends a few years ago.  Because of her extensive shedding and because we couldn’t give her the attention she deserved (among other things, she needed at least two 1-1.5hr walks every day).”

But she has merrily adjusted to her new home.

“They’re treating her excellently and she’s happy, so I’m happy,” he said.  “She’s not the kind of dog that’ll get homesick, but she’s still super excited when we visit her, which is really cute.”

Her new home doesn’t have any felines, but she still hasn’t lost her cattitude.

“She likes to lie there, observing people and silently judging them all day.” 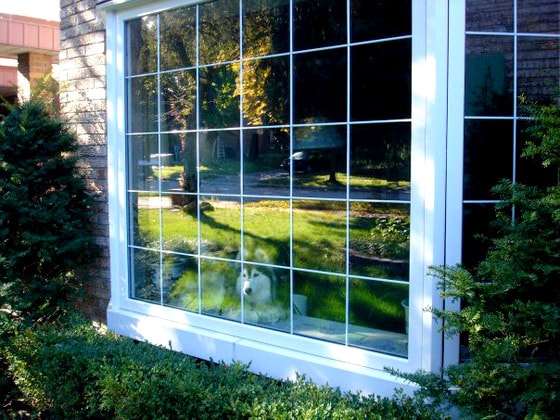 And she’s full of all kinds of other silly quirks.

“She’s not allowed to go upstairs, but she’ll try to sneak up one stair at a time. You can usually tell how badly she wants you to come downstairs by how far she’s gone up the stairs. This is about 3/10 urgency.” 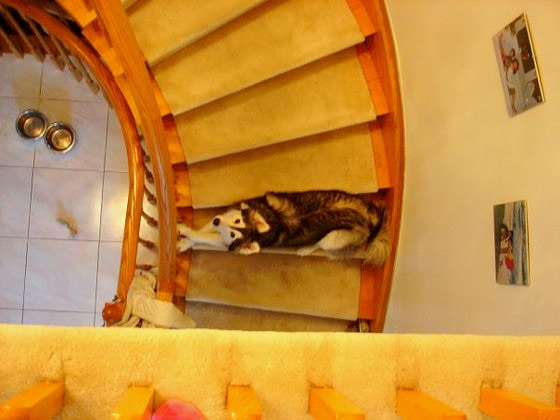 10 thoughts on “Tally, the Husky Who Thinks She’s a Cat”