Annie, a mischievous three-legged dog from Floral City, Fla., got trapped under a shed and needed some help regaining her freedom. Authorities were called and attempted a rescue with the use of heavy machinery, but what helped bring Annie out to safety was a tasty piece of bacon. 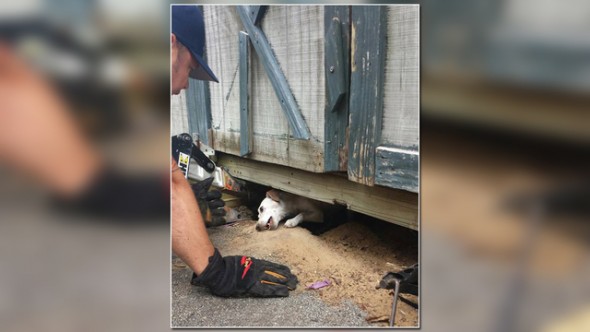 This past weekend, Annie was out with her owner when she got loose, dug a hole under a shed and got stuck in there.

Floral City firefighters were called to the rescue and they came prepared with the jaws of life, but Annie was so scared that no matter what rescuers did, or how much Annie’s owner tried to coax her out of hiding, the dog was set to staying put in the hole. 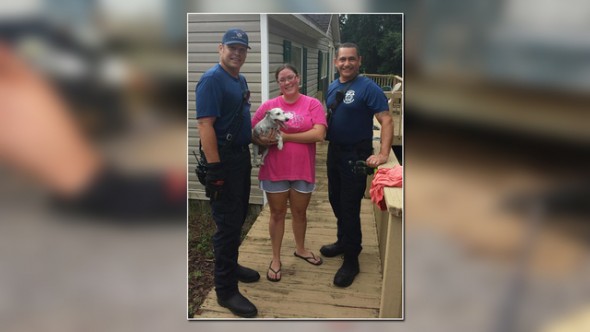 After failed attempts, firefighters tried a different approach. They armed themselves with bacon and slowly Annie smelled the goods and got the confidence needed to come out of hiding. Either that or she wanted to make sure no one else ate her bacon.

Once she crawled out of the hole she dug herself in, she ate her treat and went running to her owner’s arm.