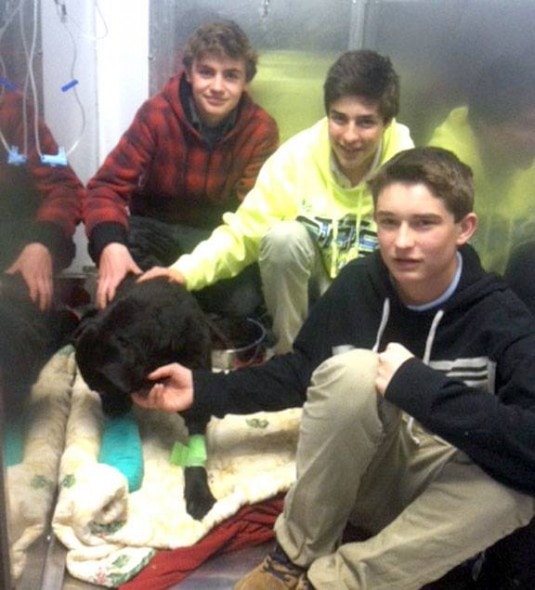 Several teenagers in Santa Fe, New Mexico saved the life of an abandoned dog that’s paw had been severed. The dog is now recovering at a shelter.

Five teenage boys were riding four wheelers in a remote area of the La Tierra hiking trails when they came across an injured dog. The dog’s paw was almost completely severed from an injury that appeared to be weeks old. The boys picked the dog up and quickly got her to the Santa Fe Anima Shelter.

By the time the boys arrived at the shelter the veterinarians had already left for the night, but the staff took her to the emergency veterinary clinic for help. The dog, named Lily, will likely lose her leg.

Despite her injury Lily is expected to recover and already has a home waiting for her with one of the boys who rescued her. Cole is one of the five boys that saved Lily, and if no owner is found he and his family want to adopt her.