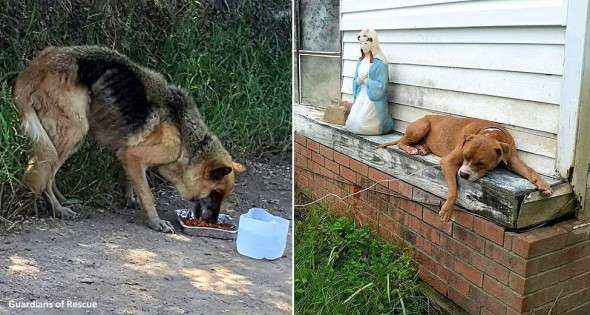 It’s now been a month since 20 parishes saw devastation in the floods that swept through Louisiana, which some say is the worst in the state’s recorded history.  Many pets were left behind, or were already living outdoors on their own.  Though they are based in New York City, Guardians of Rescue volunteers rushed down there as soon as it was safe, and saved many animals that would have died without their help.

Here is a collection of a few of their posts about those who were saved:

Sadly, time has already run out for many animals in Louisiana. 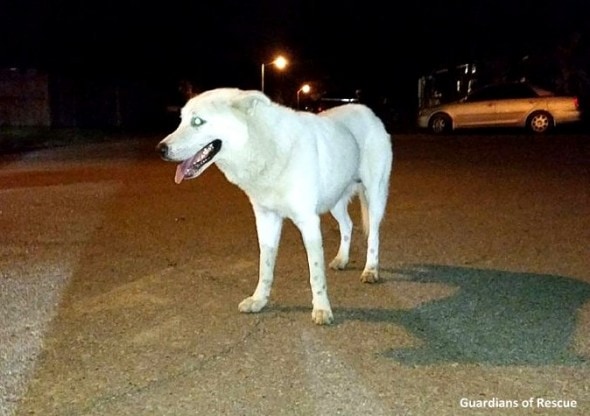 Guardians of Rescue is working to keep the clock from stopping on those that are still in desperate need of rescue and help. We continue to find animals in Louisiana who have been without care for weeks. They are alone, starving, sick, dehydrated, and often, injured.

Some owners have left the devastated areas and aren’t coming back; some have lost everything and are unable to care for their pets; and there are animals that never had a real home to begin with and this is their only chance at a new life. 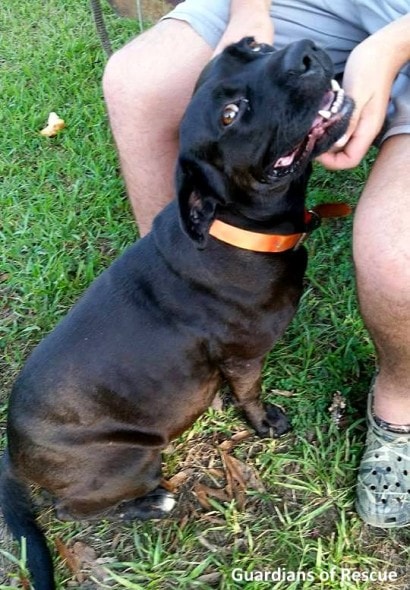 ALONE IN LOUISIANA: Was she waiting for help or waiting to die?

This dog was first noticed caked in mud and lying motionless in a ditch. When called out to, she struggled to raise her head. Food and water were immediately offered, but the poor dog was too fearful to take it. 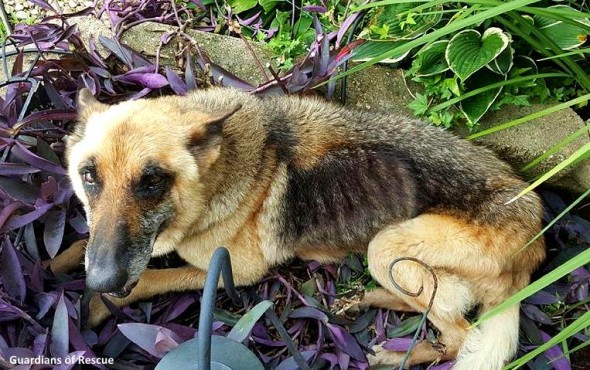 With patience and food, her trust was gained, and she finally climbed in her savior’s car and was taken away from where she had laid for who knows how long. If it wasn’t for these compassionate people, who were determined to save her, she, no doubt, would have died in that ditch.

Guardians of Rescue was asked for our help. Great care was taken to get her stable and she is now being attended to by a vet. For this girl, the days of laying in mud, waiting for the end to come, is now past and a bright future is ahead for her. 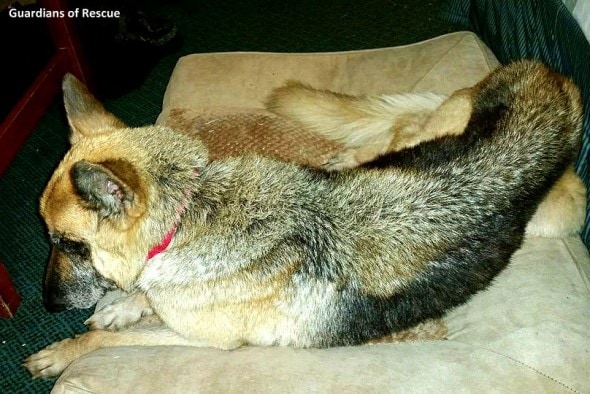 Last night, she felt the comfort of a soft bed and slept in a dry room. Food was within reach and there was fresh water to drink. The muddy ditch she was found in, and her silent suffering, all now in the past. She is safe.

We are being contacted by many caring people in Louisiana, letting us know of animals that are in dire situations. Because of your support, we are able to answer these calls and continue helping the many animals whose time is running out. 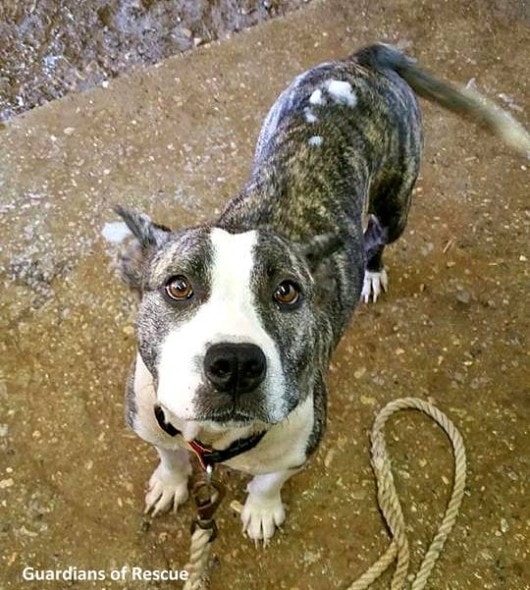 We were alerted by the rescue group, Survivor Tails, and the Cajun Navy, about three dogs that had been abandoned at home. Upon arrival to the location, we realized it was nothing short of miracle that the dogs had survived the floods, having been left tied out outside. Thankfully, a neighbor noticed the dogs a week ago and began feeding and seeking help for them. 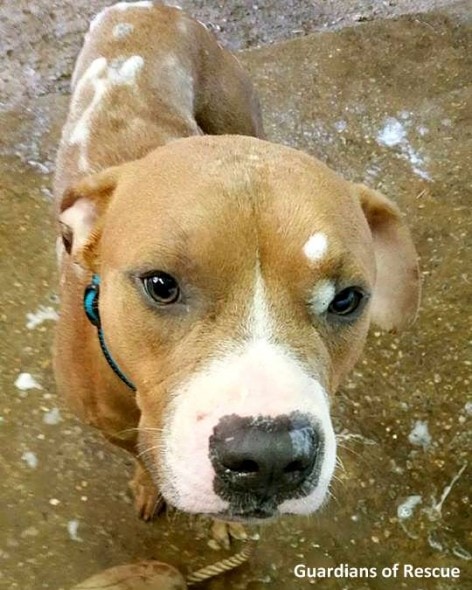 Today, that help came. Guardians of Rescue successfully obtained ownership and, after being greeted by happy, friendly dogs, freed them from the yard where they had lived through rising waters, endured hunger and thirst and the unknown. 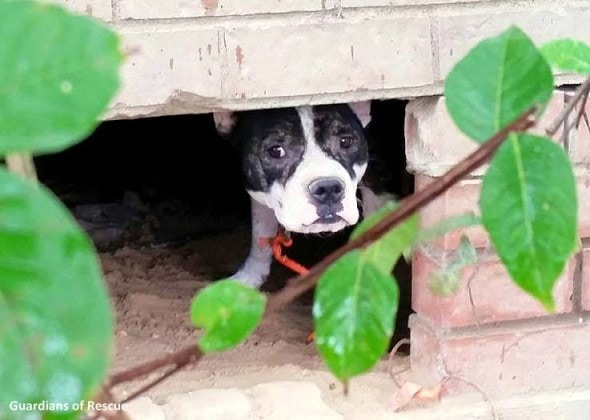 Tonight, the dogs are comfy and safe, and under the care of a veterinarian to treat skin conditions and injuries. One they get a clean bill of health, they will be ready for new, loving homes. 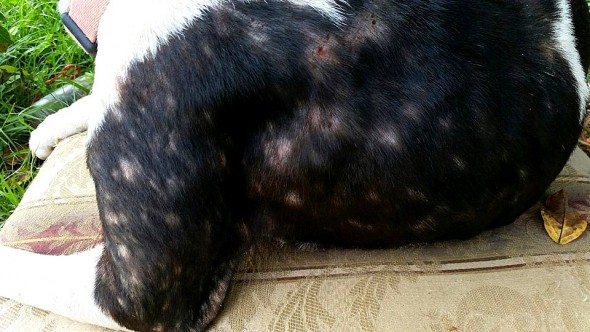 These three cuties survived the Louisiana flood waters, tied in their front yard, and thanks to a kind neighbor, were taken care of until we rescued them. 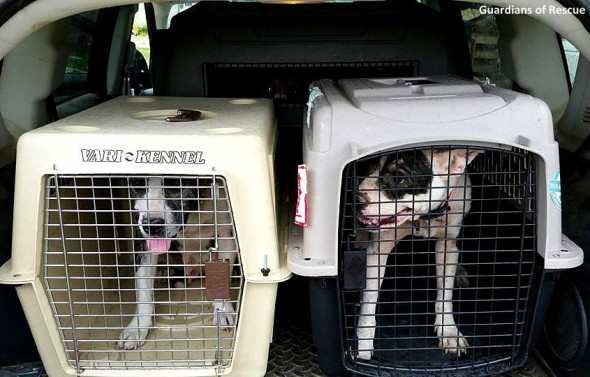 You’ve never seen happier dogs in crates than those who have been rescued!

We are looking local safe havens so they don’t have to be transported. All three are heartworm positive; one female needs to be spayed and the male neutered, for which Guardians of Rescue will cover the costs. 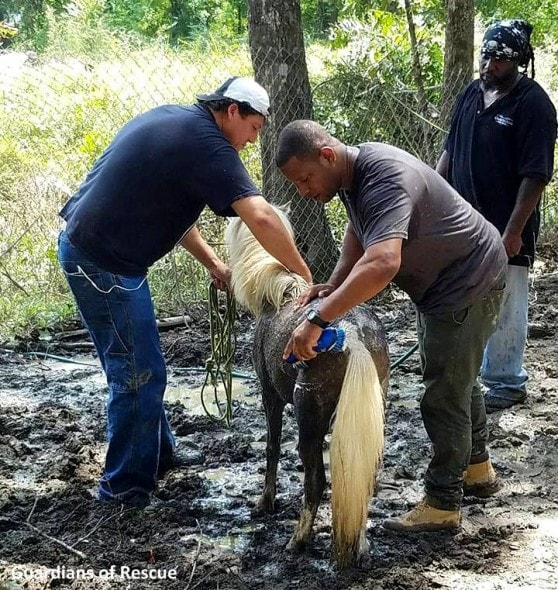 For the last month, Guardians of Rescue has been in Louisiana, working to help the most innocent victims of the flooding — the animals.

Because of your support, we completed search and rescue efforts, built enclosures and repaired buildings, to provide safety and security for pets belonging to people who had lost everything. We have delivered food and supplies to owners who couldn’t provide for their animals; and medical aid and supplies for those animals who were injured and ill. We have rescued animals that had given up hope and those who have been abandoned. Photos of a few of the animals your donations have helped, are attached below. 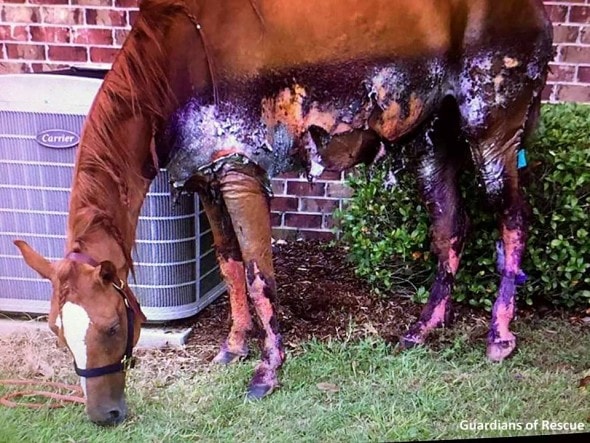 We have had the honor of working side-by-side with the Cajun Navy and the Cajun Army, both whose members go over and above to help people and animals. The Humane Society of Louisiana has worked tirelessly since the flooding began, with search and rescue and to care for all the rescued, abandoned and relinquished animals that were brought to their shelters, many of whom are now up for adoption.

The work is far from over. With the receding waters, the life-threatening situations become more evident. Dogs running around, crying for owners that are never returning, while others wait, tied up in yards. There are frightened and starving cats without homes. Many need medical, but all need food and rescue from their situations, and the chance at a new life. Horses, goats, chickens and other animals continue to need support too. The enormity of the growing situation is indescribable. 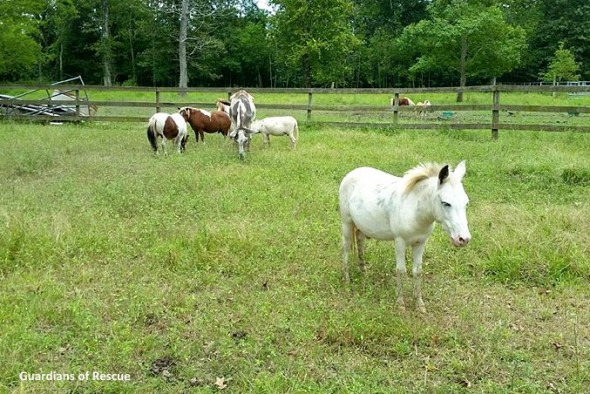 The clock is ticking, but Guardians of Rescue will continue to fight against time running out on the animals of Louisiana.

GoR volunteers work tirelessly to save thousands of animals every year, and they rely completely upon donations.  If you are able to help them continue to save animals – whether from Louisiana floods or New York’s freezing winters – please CLICK HERE to donate. 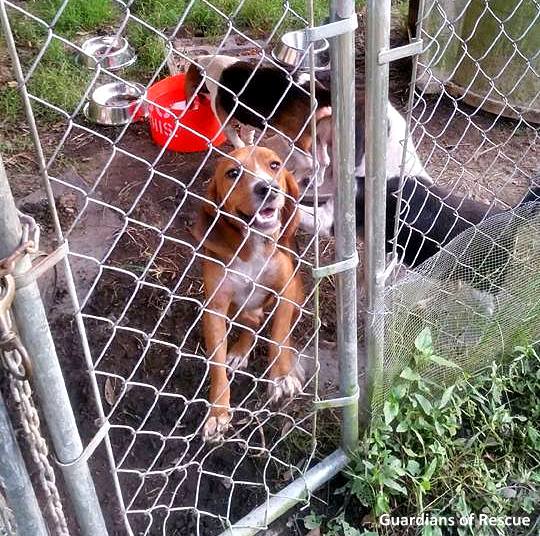