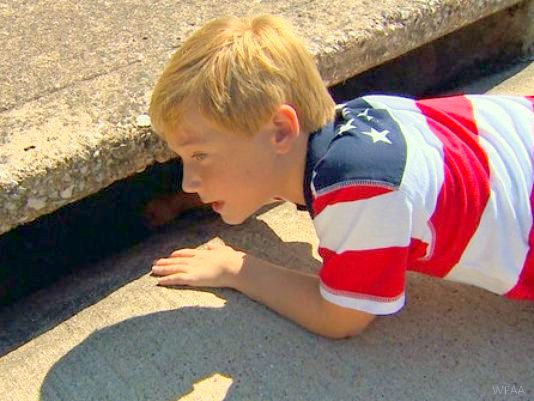 For most people, the thought of being enclosed in a small space that is covered in bugs is petrifying.  Nine-year-old Grant Snodgrass is no exception, but he made an exception to rescue his neighbor’s dog, who was trapped in a sweltering storm drain.

While his dad and brother were out walking their own dog, the Plano, Texas boy ran down the street to see his neighbor struggling to get something out of a curbside storm drain.  Their 10-pound, 15-year-old Shih Tzu, Macy, had fallen inside.

“The neighbor was right here, leaning down with the leash, trying to get it over the dog’s neck. But when the leash got onto its neck, it always backed away,” Grant said.

After spending 45 minutes fruitlessly trying to snare Macy, they realized someone had to go down the manhole to retrieve her.  Grant was the only one small enough to fit, so he faced his fear for the sake of the little dog. 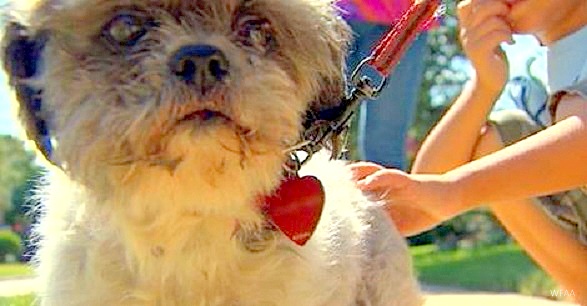 “It was pretty creepy.  It felt slimy, there were bugs everywhere, and water everywhere,” he said.  “I bumped my head … it only hurt for a second. Then I handed up the dog and I got out.”

Everyone was relieved and happy, but his parents were especially proud.

“This is bigger than you’d expect, for just a kid going down a hole,” said mom Liz.  “Grant has dealt with some anxiety, specifically with small spaces and bugs.”  They watched with “our hearts in our chests, just pounding with pride.”

Macy is doing just fine, and Grant was taken out as a reward.

“I went to Baskin-Robbins!”