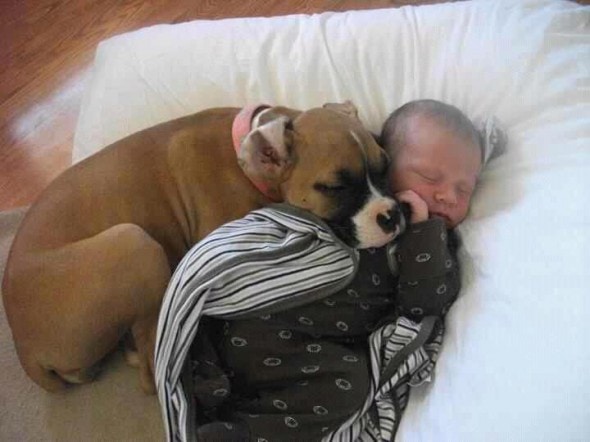 The lives of a family of dogs are being threatened with death in Monroe County Michigan.  The 4 boxers, belonging to Timothy Iocoangeli were seized in April and labelled as “dangerous dogs” after one of the dogs bit a teenage girl who was technically trespassing on the property while the owner was away.  None of the other dogs were involved in the incident, yet all of them have been in custody for 7 months deprived of the freedom and love they deserve.

Iocoangeli has been fighting with the Monroe County system, even going to jail himself rather than surrender the rights to his dogs since he could not afford to pay $3000 to have the dogs released.  He is currently out on bail but not allowed to see his pets, which include a puppy.  The courts decision is difficult to understand since  the city’s own law states that a dog cannot be considered dangerous if it attacks in protecting its property against strangers, which is exactly what happened.  The dog in question, Brooklyn, was protecting her five 2 month old puppies in her own home, and the girl that was bitten was trespassing in the sense that the owner was not home and unaware that she was there.

It is difficult to comprehend why animal control would seize all 4 of the dogs when there is no apparent evidence of aggression or wrongdoing.  Iocoangeli has done everything he can, including finding extra work to raise the money to free the dogs and prevent their needless and unjustified killing.  It is unclear why the the girl who was bitten was in the house at all, and this does not seem to be a concern of the courts.

The reality is that unless something changes in the next few days, these dogs will likely be euthanized by the end of the week.  This is a drastic and unjustified measure that could set a very dangerous precedent.  The rights of innocent animals are at stake and they need defenders to come to their aide. 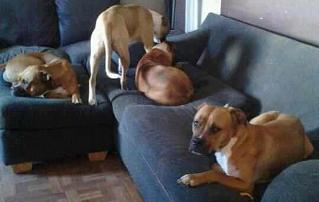