The internet has revolutionized many things, including how people find lost pets. In the past, families were resigned to posting pictures of their dog around town in the hopes that someone would notice. However, thanks to technology, there is a much broader community that can be reached and many pets and owners are able to reunite in situations that would have previously been impossible. 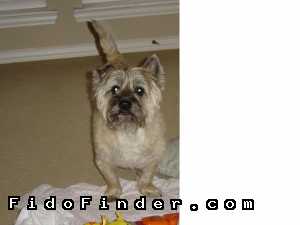 The largest lost and found dog website in the US, Fido Finder, receives thousands of posts regarding lost dogs each month. They have also been responsible for thousands of successful reunifications, some after a considerable amount of time.

In one such case, a few years ago, a dog was lost for nine months before being found on Fido Finder. Dallas area resident Aimee Halleman had done everything, posting ads in the local newspaper, searching her community and posting flyers, in order to find her dog, Brewster.

Aimee ended up waiting a full nine months before someone saw Brewster on Fido Finder, after sighting him at their apartment complex. Aimee was clearly skeptical when a kind couple called to tell her that the dog they found matched Brewster’s description. So much time had passed, it seemed impossible! However, it turned out to indeed be Brewster and an emotional reunion ensued.

The couple that found Brewster, Kenny and Lavina, have visited him at Aimee’s since then and are very appreciative of Fido Finder. Kenny said,

“Without your service, there is no way that I would have found this dog’s owners.”

This is just one of many success stories that resulted from the accessibility of such a database. Fido Finder is working to continue to reunite an increasing number of families with their dogs. This is good news for those who have ever lost a pet or for all who hope for such a service if their companion goes missing in the future!