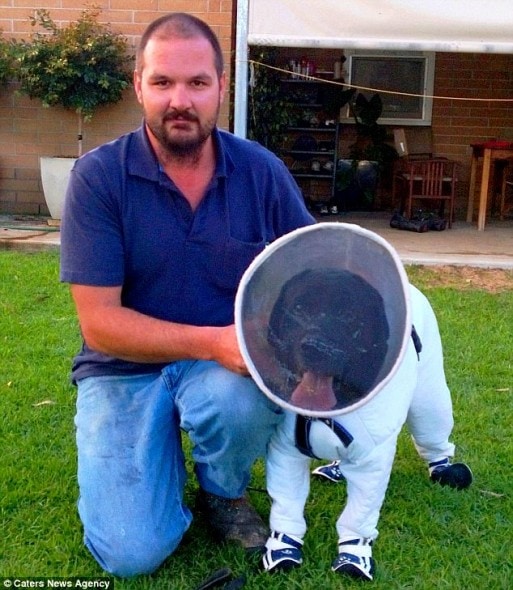 A black Labrador named Bazz has been trained to save bees that are dying off from a disease called American foulbrood.  We need bees to sustain plant, and thus animal life, and Bazz is doing his part to keep the buzzy bugs thriving.

Bazz has had special training thanks to beekeeper Josh Kennett.  Kennett, from Tintinara, South Australia, is used to handling bees, and has proper gear for protection.  The market on beekeeping suits for dogs however is not exactly booming.  This forced him into designing and building a suit specially made to keep Bazz safe while he’s helping save the bees.

“The process of training Bazz and developing the suit has been an attempt to find a better way of controlling American foulbrood disease,” said Kennett.

As far as this disease is concerned, there is no cure, so detection, isolation and preventative measures are the only methods available for now. 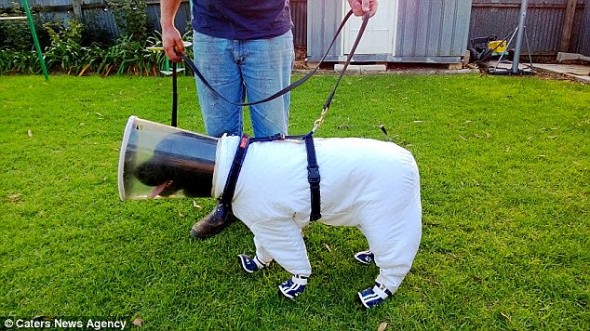 “Detection and quarantine process are essential to save our bees,” according to Kennett

Bazz seems not to mind helping with the process now that he has his protective suit.

“I realized that Bazz was able to sniff out the disease, and save thousands of bees, but he didn’t like being around them too much when he was getting stung.  So, I’ve tried to develop a suit the dog can wear and hopefully avoid being stung,” said Kennett.

There was much trial and error in the process, but Kennett seems to have things down now, and Bazz seems to be able to do his job no problem.  With him, and the help of his suit, a disease that normally requires microscopic testing to detect, is made much easier.

“We’ve now proven the concept, he can find the infected hives,” said Kennett.

The big challenge at this point is further using and getting comfortable in the suit, but it’s a big step in the right direction to help declining bee populations, which could have devastating effects on us all. 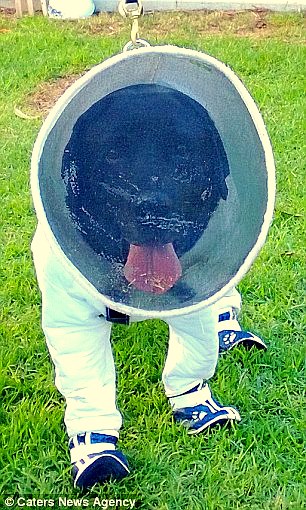