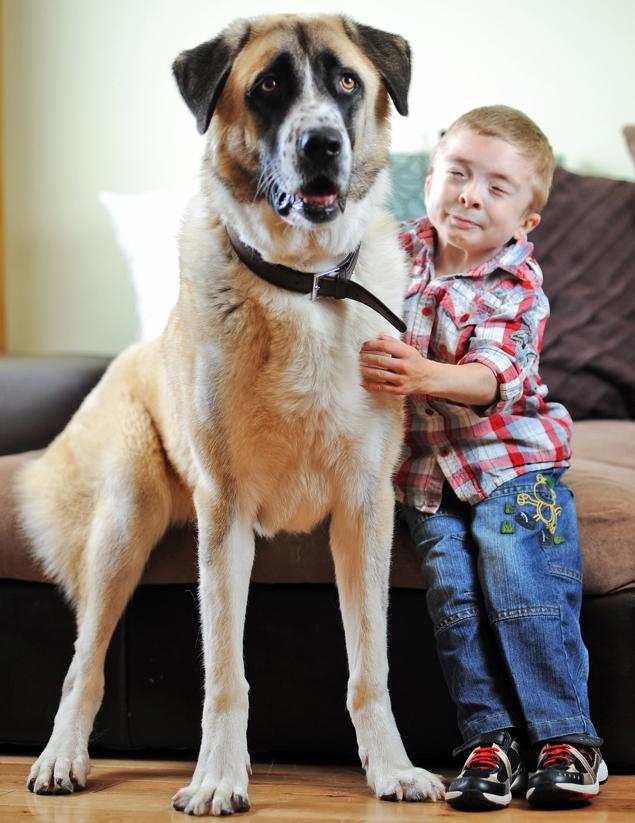 Seven-year-old Owen Howkins of Basingstoke, England has Schwartz-Jampel syndrome, which affects his muscles, joints and appearance.  Because of this, he is overwhelmingly shy, and doesn’t like to leave the house.  At school, he rarely talks to the other children.

“When he first started school, he became more aware of being different, and he became even more withdrawn,” said Colleen Drummond, his father’s girlfriend.

But things are different now that Owen has Haatchi, and Anatolian Shepherd.  Haatchi is different, too – he has only three legs.  He lost his left hind leg earlier this year to a train when the five-month-old pup was abandoned and tied to a set of train tracks.  He was found days later and taken care of by the UK’s Royal SPCA.  Owen’s family adopted Haatchi after reading his heart-wrenching story on Facebook. 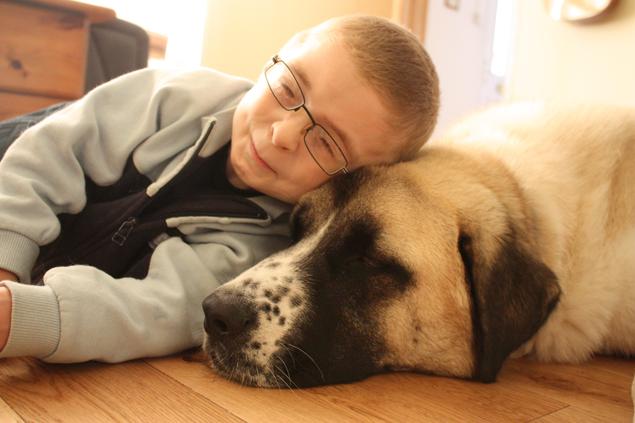 “As soon as they met, the effect Haatchi had on Owen was incredible,” Colleen said.

She’s said Haatchi’s missing leg has sent a message to Owen, letting him know it’s ok to be different.

“Owen used to be scared of strangers, but now he wants to talk to everyone about Haatchi and wants to go out all the time to dog shows,” Colleen said. 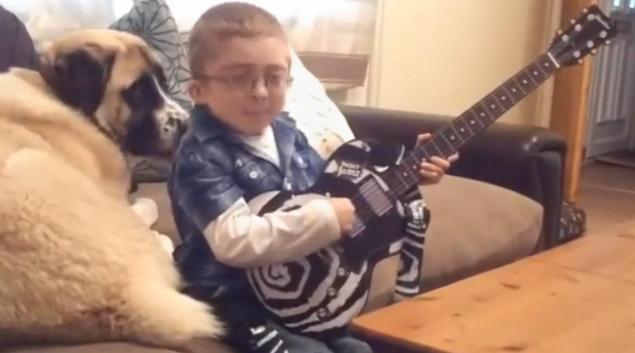 Owen’s father, Will, said it’s as if Owen is one of his pups.

“Haatchi will come and drink out of the bath when I’m bathing Owen, and they don’t like to be apart.”

Haatchi’s training as a therapy dog has worked wonders on Owen.  Now he will work his magic when he goes to visit injured soldiers and sick children. 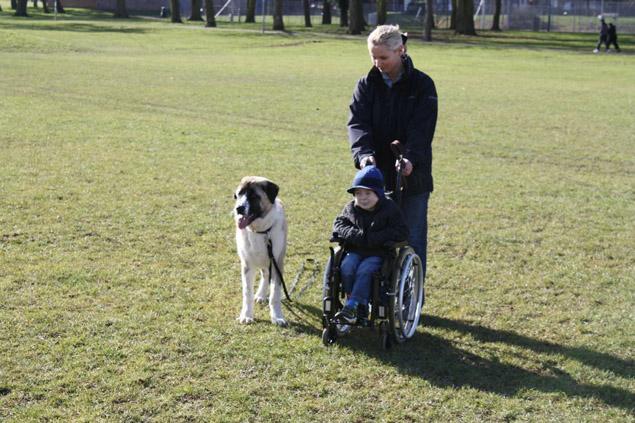