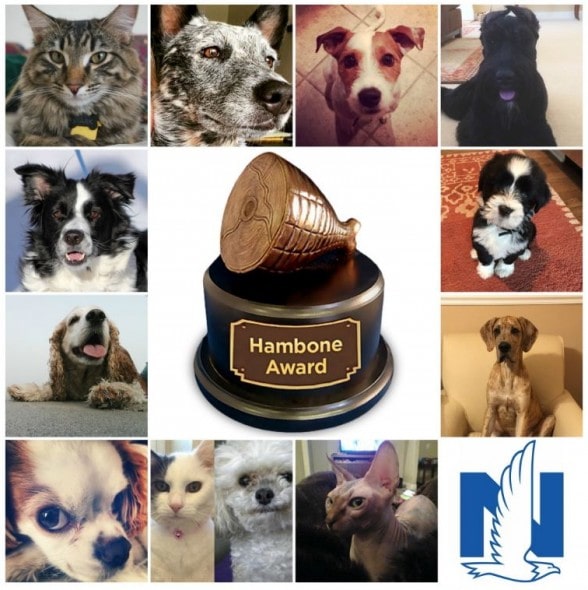 Once upon a time, there was a dog that got himself stuck in a refrigerator. While he waited for rescue, he ate the entire Thanksgiving ham.  Fortunately, the story had a happy, if not somewhat odd, ending. When discovered, in addition to his having completely polished off the ham, the dog was found to have a mild case of hypothermia and his story made him the inspiration for the annual Nationwide Hambone Award.

Nationwide employees choose one claim each month as the Hambone nominee, the pets having made a full recovery and received insurance reimbursement for eligible expenses.  Situations such as a dog that was carried away by an owl to a cat that fell multiple stories and survived to purr another day have been among the past nominees.  The public then has the opportunity to vote for their choice to win the award.

Here are the 2016 Hambone Aware Nominees: 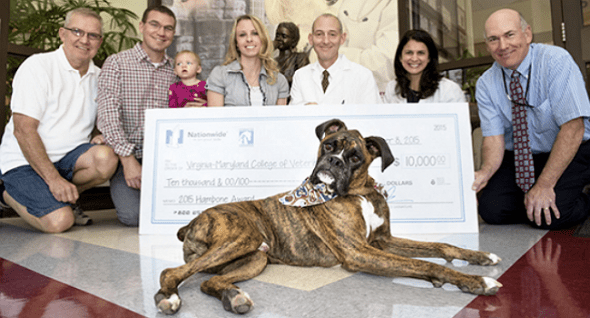 The 2015 winner, Curtis (pictured above) the Boxer, swallowed a barbeque skewer that disappeared in his body and came close to ending his life almost a year later. Past winner’s include a bulldog who swallowed 15 baby pacifiers, a bottle cap and a piece of a basketball, a pug who ate and passed 100 rocks, and a Labrador who ate a beehive and all its contents, even the bees.

While these circumstances are certainly out of the ordinary, they do serve to remind all of us that things can happen, to both us and our pets, and usually when least expected. Cast your ballot through October 3 at www.hamboneaward.com.