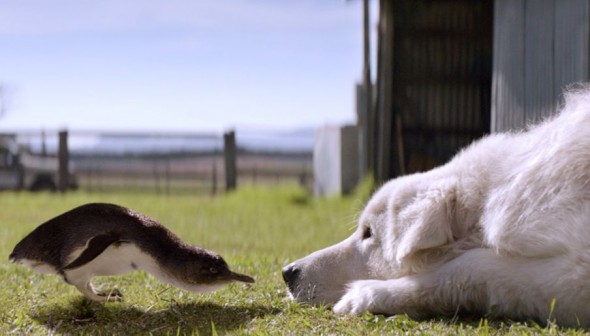 Off of the southern coast of Australia lies Middle Island.  Middle Island is a beautiful and rugged terrain, and also houses a curiosity unlike any other in the region.  It plays host to the world’s smallest penguin, and the dogs that have come to love and protect them.

These little penguins stand a minuscule 30 to 40 centimeters tall.  This makes the name they used to be called, fairy penguins, all the cuter (if not 100% politically correct).  There used to be hundreds of them all over Middle Island, until the local fox population noticed them.  Then they became a snack. 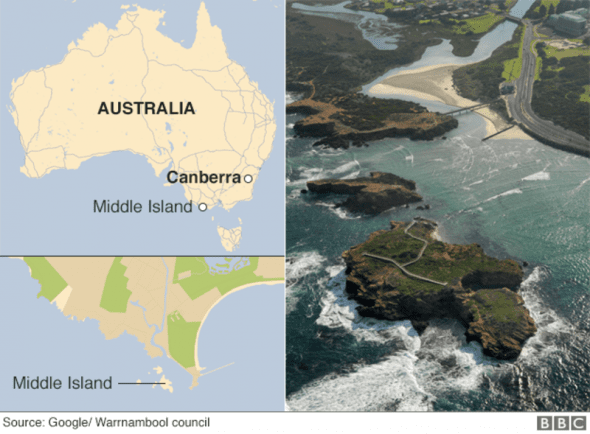 Back in the year 2000, a problem with the population becoming too easy a prey for the local foxes became apparent.  The fox population exploded as a result, and something had to be done to stop things for going too far.  That’s when a man who goes by Swampy Marsh (we swear we’re not making this up) came up with a plan.

Marsh decided to send one of his Maremma dogs in to protect the tiny birds from the burgeoning fox population.  This breed of dog is commonly used for poultry protection on farms.  Many of these dogs spend a life time protecting chickens from these very same foxes, so why couldn’t it work for the penguins, too? 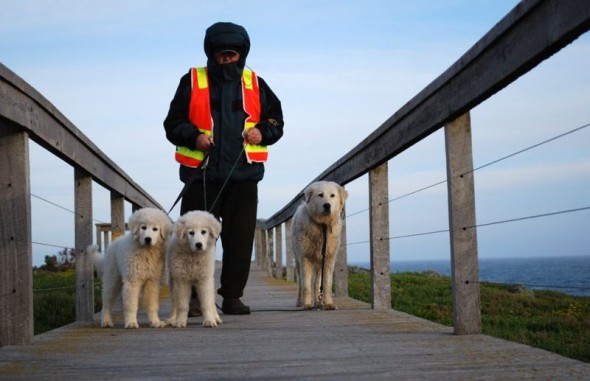 The first dog to be sent out onto the island to see if this would actually come together was called Oddball.  The effect was realized almost immediately.  Just Oddball’s presents was enough to ward off some of the foxes that would have preyed on the little fuzzy penguins.  They could hear the barking, and definitely smell the dogs on the island, and it definitely made any would be penguin eater think twice.

Since Oddball was introduced to the island ten years ago, there has been no reported deaths of the penguins that inhabit Middle Island.  The population is up around 200 to date, and the penguins have really taken to their canine protectors.  Even on the offhand times that a dog may not actually be around on the island, the foxes still smell them, and know that these birds are not to be messed with. 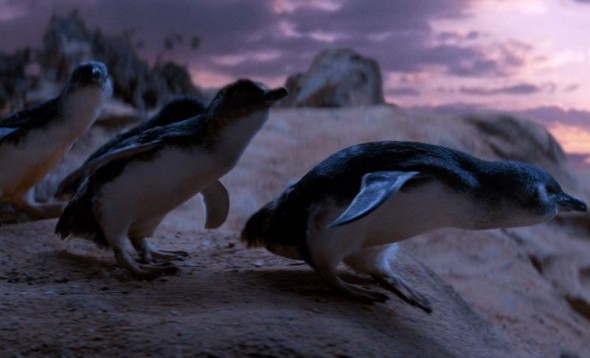