Max, a Yorkshire Terrier and Chihuahua mix from England got lost on August 21, 2015, when his family were away on vacation. The tiny dog was lost for four days and when found he was missing a leg.

The Lamb family had traveled to Filey, North Yorkshire, and left their pet with friends, but the curious dog got out of the yard and got lost. When his owners found out their dog was lost, they cut their vacation short and returned home to look for their pet. 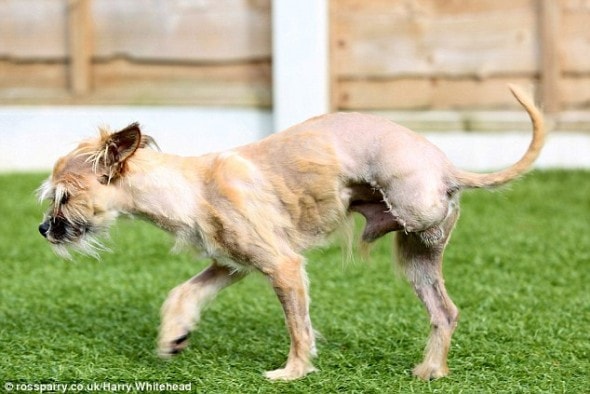 The Lambs posted fliers and took to social media hoping local residents will help them reunite with their pet, and four days later Max was found. He was injured but alive.

Janette Simon, a woman who had seen a social media post spotted the small dog near a footpath by a railway bridge. She approached the dog and then realized the pet was missing a leg.

“He was in a really sorry and horrible state,” Simon told The Daily Mail. 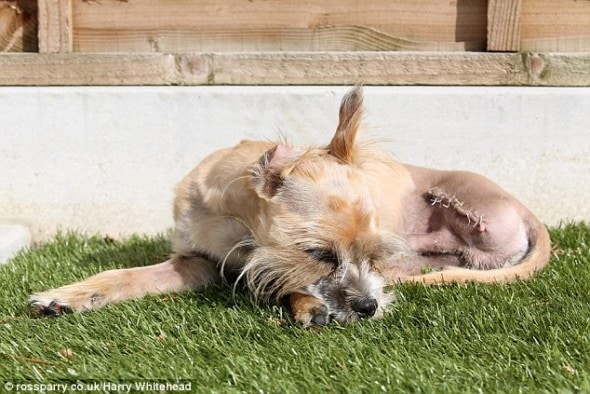 A veterinarian examined the dog’s injury and determined the leg had a clean cut. Because he was found near a railways, vets believed Max lost his leg after a train hit him and severed the limb.

It is hard to believe Max dragged himself to safety after he had suffered such horrific accident.

“The determination to get home and the huge awareness through social media and the kindness of strangers saved my dog’s life,” said Becky Lamb.

The pooch was tired, dehydrated and in extreme pain, but thanks to Simon and veterinarians, Max was treated and saved.

Max is currently at home resting and healing. His leg was completely amputated by veterinarians and they expect him to fully recover.