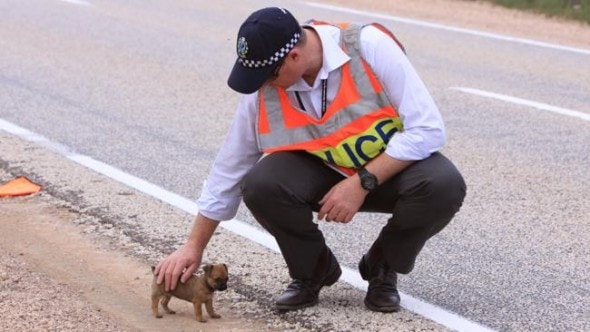 A tiny, Chihuahua mix puppy appears to be the sole survivor of a tragic accident in Australia.

Police discovered the shaking pup wandering about the scene of a fatal car crash in southern Australia. The vehicle was carrying three people when it swerved off the road and into a tree.

Sadly, all three human passengers perished, but officials believe the little dog had also been in the car, and is the only survivor. 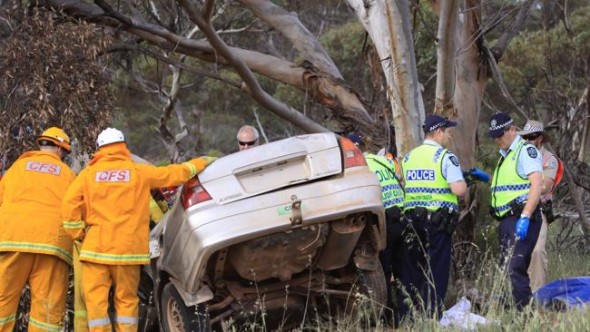 Photographer Andrew Brooks arrived on the scene and took the puppy into his care.

“Police had some string and they’d made a leash and collar out of it and tied (the dog) to one of the white posts and gave it a little drink of water,” Brooks said. “I got a jacket from my car and laid it out for (the dog). It was shaking a fair bit.

“We don’t know who it belongs to or who owns it but we assumed it came out of the crashed car. I said I’d take it and look after it but if there’s other family or someone who owns it and they want to take it, they just have to contact Ceduna police.”

Brooks said a few farms surround the crash site, but the closest was at about 3/4 mile away.