Gabrielle Cowgill-Wilkins from Greenbelt, Md., was devastated when she came home on October 15, 2014, to find her home ransacked and her 10-year-old boxer, named Arwyn, missing. For multiple days the pet owner searched the area hoping to find her pet. She posted signs and hoped someone had seen the dog somewhere. Thanks to a tip, Cowgill-Wilkins and her dog were reunited. 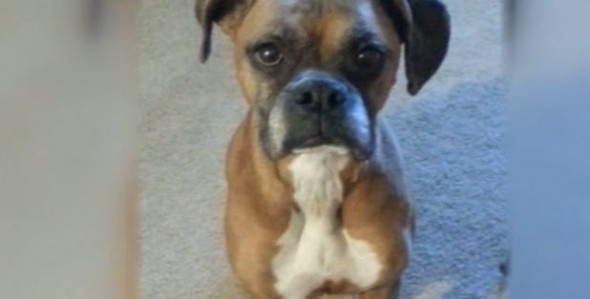 When the pet owner initially entered her home, she thought the dog had gotten into trouble and then gone outside, but after realizing there were things out of place in some areas of the house Arwyn had never messed with before, Cowgill-Wilkins knew her house had been broken into.

Aside from the missing dog, thieves also took a diamond ring, a laptop and a Kindle Fire, but the only thing Cowgill-Wilkins wanted back was her beloved pet.

A few days after the break in, Prince George’s County Police received a tip that led the pet owner to the dog. Arwyn was unharmed and roaming the streets of Calvert County.

“[The dog] was a long way from home, but we are very happy to report that she’s been found in good health,” said police in a statement.

Investigators are still looking for a suspect in this case, but so far they have come back empty handed.

We are glad Arwyn is safe and back home with her owner.