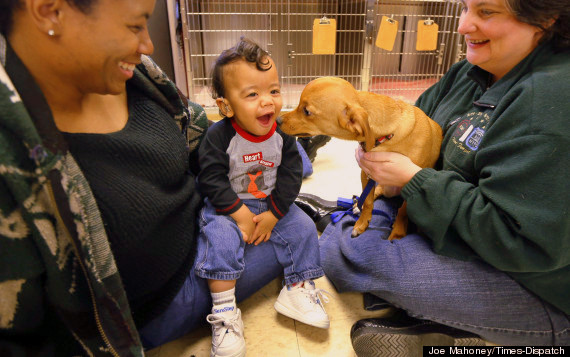 When two-year-old Dylan Lipton-Lesser met rescue dog Frank, it was love at first sight.  They both have hydrocephalus, a condition that can cause the skull to swell.  Life can be difficult for the pair, but having a good friend makes it much easier.

Frank is a nine-month-old Chihuahua-Dachshund mix who had his first seizure at eight weeks.  It was determined that he had hydrocephalus, a neurological condition that causes cerebrospinal fluid to accumulate in and around the brain, which leads to swelling and skull expansion.

He was at risk of being put to sleep, but the Richmond Animal League placed him with a foster family who could pay attention to his special needs, and in August he was adopted. 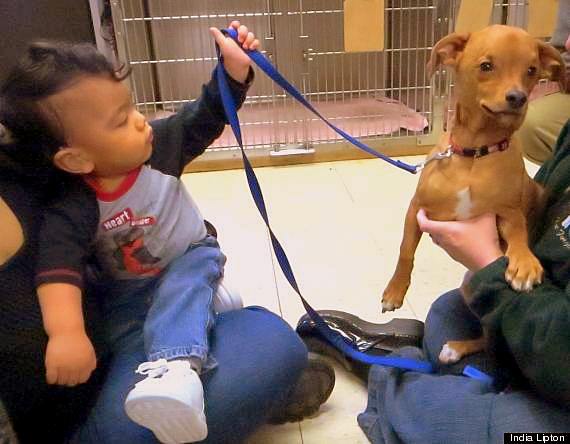 “We really didn’t hesitate [to adopt Frank] because we are fully aware of the condition,” Stacy Metz said. “We wanted the little guy to get a chance on life.”

A friend told Dylan’s family about Frank, and his mother, India Lipton, contacted Stacy so the two could meet.  Dylan has undergone 15 brain surgeries and has been fitted with hearing aids.  After so many challenges at such a young age, a furry friend is exactly what he could use.

“It was an emotional moment, just knowing that Frank was able to make Dylan laugh and smile,” Stacy said. 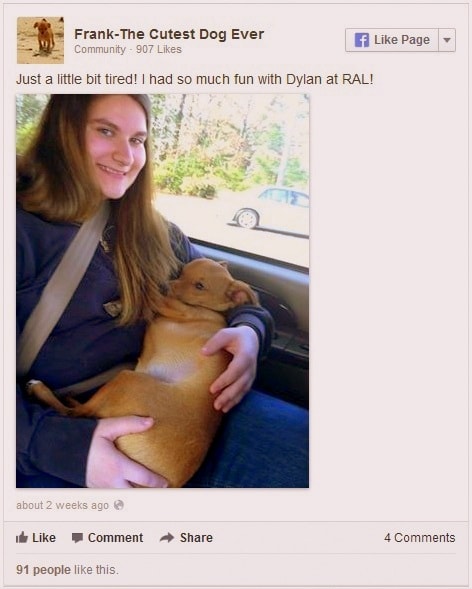 “It was a toddler and a puppy, and a whole lot of energy,” India commented.

Frank is in training to become a certified therapy dog.  He already has a number of fans on his Facebook page, and Stacy is hopeful that he’ll be able to help more children like Dylan.

“To know a dog that has the same condition as Dylan, it’ll be just amazing to see them grow up together,” India said.