The other day someone asked me how I began training Jack Russells and how I knew what to do.  I answered, “Necessity is the mother of invention!”

I’ve always had dogs, cats and/or horses with the occasional hamster thrown in here and there. But in my thirties I became aware of the Jack Russell breed and went to a reputable and recommended local breeder and bought 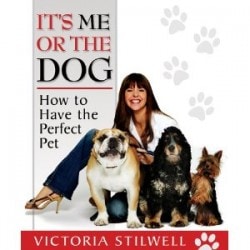 my first.  Crusher.  Suffer through this with me dog lovers – the article isn’t really about Jack Russell’s but they make a great example.

Crusher was unlike most Jacks in many ways.  He chose me, out of the six puppies running and jumping about, he met me as I stepped out of my vehicle.  He sat beside me as the others interacted randomly.  And from that moment on, for seventeen years, he was never more than ten feet from my side.  He was well-behaved, loyal, faithful to a fault and protected me in many incidences.  I was new to the breed, really didn’t have a clue, but treated him the same as every other dog I had trained.  He got enough exercise, discipline and lots of love and reward in that order.  Most people remarked that he was the only well behaved Jack they’d ever seen.  I could leave him on a hay bale for an hour while at a horse show and he wouldn’t budge, no matter how many people, dogs or horses went by.  Among his credits he garnered television commercials, print ads and was generally well known by most at the horse show circuits.  He did have his Jack moments though.  You could not bring out a push broom without his valiant attacks.  And Halloween Jack-O-Lanterns pushed him right over the edge of reason.

But in giving the original question some thought my answer would have to be that observation is the very best way to learn how dogs behave and the best way to channel that behavior into becoming a good citizen.  And when dealing with a tough breed it’s sometimes the ‘back door’ to learning.  Sharkey, one of the Jacks I now own, is and has been one of the most difficult dogs I’ve ever worked with. She is stubborn, willful, attention deficit at times, but irresistibly cute.  This is a lethal combination that is the undoing of a large percentage of Jacks.  Many Jack owners fall for that adorable face and allow behavior to go unchecked.  Combine that with a lack of exercise and you now have the reason why so many are in rescue.

Sharkey showed a propensity for certain behaviors from the beginning.  She easily sat on her haunches, she’d drop and roll over when stressed, and she’d use her paws in a pleading sort of way to get 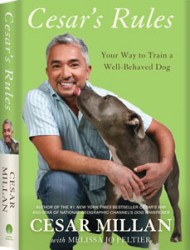 you to pay attention to her.  These were all behaviors that came naturally to her and I began to build upon them in order to gain her confidence and start teaching.  Every time she’d drop and roll I’d say ‘roll over’ and give her praise.  Soon she was doing it on command with little effort.  The same with ‘sit up’ and ‘shake a paw.’  Soon she was willing to learn things that came less naturally because she knew there was great reward for doing so.  Sharkey now accompanies me into schools and not only entertains many classrooms full of children but sits quietly in a chair next to mine while I read her books aloud.  I do, however, request that all rodents and birds be taken from the room prior to our arrival! Again, there are some things that you need to accept as genetically inherent in the breed but part of that is also not pushing the dog beyond what she can do.  Setting a dog up to fail will be the downfall of the relationship.  Set them up to succeed in every way possible!  Don’t put them in untenable situations if you can avoid it.

There are times when I don’t know exactly what to do.  What works for one dog may not work for another due to circumstance and personality.  If Crusher did something he knew he shouldn’t I could look at him sideways without saying a word and he would look down and try to creep away.  Sharkey ….. Well, not so much.  She needs a vocal cue and a reward.  Charm pretends she’s deaf until I take one step towards her and she then scurries to do what was asked.  This is a daily occurrence and one that comes naturally to Russell’s.  Dogs are pack animals and as such they are wired to try and be the pack leader.  Jacks will test on a daily basis, so unless you’re aware that YOU need to always behave as the boss this breed may not be for you.

Observation is the key to understanding any breed of dog.  If you can build on the natural abilities of your dog you create a ‘conversation’ between you.  Instilling confidence is key to cooperation. There are as many trainers and methods out there as there are breeds of dogs.  When I was showing horses I learned that what works for one horse may not work for another.  The trainers who were willing to observe what worked for the horse rather than adhere to one strict way of instructing were the most successful.  They could take the most difficult horses and create a partnership between horse and rider.  The same holds true for teaching children and/or training dogs.  You’re dealing with an entity that has a brain, feelings, good days and bad, and won’t always respond to ‘classical’ training.  Be flexible.  Be observant.  But most of all be willing and open to different methods and advice.  The people who can combine a myriad of ideas are the ones that will be most successful even with the most problematic dog.