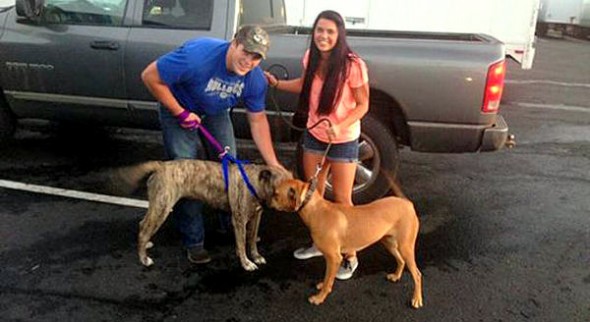 An animal-loving truck driver with a heart of gold has made an Arizona family’s dream come true:  when the Windhams’ dog Koda was found, Jimmy Dimmitt drove from Nebraska to Arizona to reunite the family with their beloved bull mastiff.

On August 4th, Dani and Jason Windham were preparing to be wed at Holmes Lake in Nebraska.  Their three dogs – Koda, Finn, and Hooch – knocked down the fence to their yard and took off.  Friends and families searched for them before the ceremony, but they were gone.

Twelve hours later, Finn and Hooch were located by animal control, but Koda was still missing.  She still hadn’t turned up by August 11th, when the family was due to move to Camp Verde, Arizona for Jason’s job in the sheriff’s department. 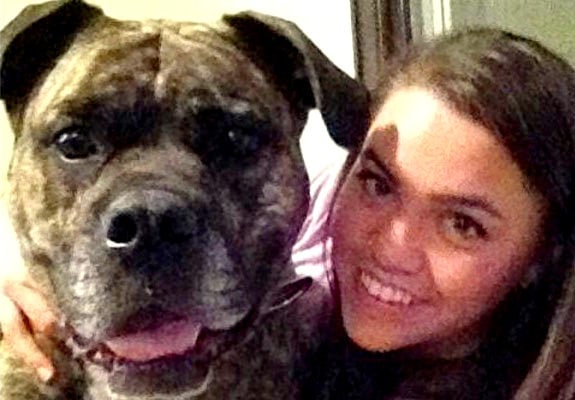 But two months later, a farmer in Wahoo, Nebraska called police to report that a loose dog was chasing his cattle.  The dog was taken to Green Acre Veterinary Clinic and scanned for a microchip.  The Windhams were ecstatic to be informed that Koda had finally been found, and that despite being 20 pounds lighter, was in good health.

But how to get her home?  The newlyweds did not have the money to fly her to Arizona or to drive up to get her.  But thanks to Lost Pets of Lancaster County and the Journal Star, Jimmy Dimmitt was on the phone with Dani.

Facebook friend Mindy Mahoney had tipped him off about Koda, and the self-proclaimed dog lover jumped to help.

“There was no hesitation on my part,” he explained. 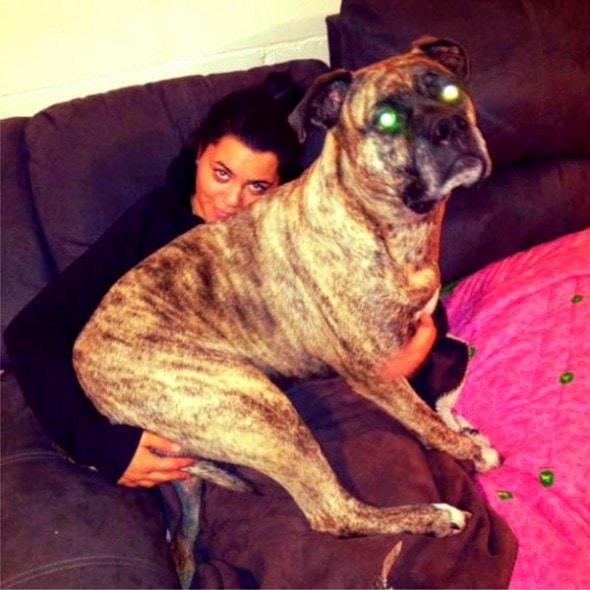 He was due to be on the road to California by 6 pm on Sunday, and needed to have Koda with him by 5 pm, so someone at the vet clinic would have to be able to release the dog into his care.

“It took an army of volunteers and caring angels to pull this off,” Dani said.

A volunteer from Lost Pets of Saunders County arrived at the clinic just as the vet was leaving.  Koda was then taken to Porter Ridge Veterinary Clinic in Ashland, where Jimmy was.  She was given a bath and flea and tick treatment.  Lost Pets of Lancaster County was working on a travel bag in the meantime, stocking food, treats, a leash and harness for Koda.

While they were on the road, Jimmy and his girlfriend Lori Wischmann texted the Windhams with updates and photos of Koda taking the ride.  They met at a truck stop just outside of Flagstaff. 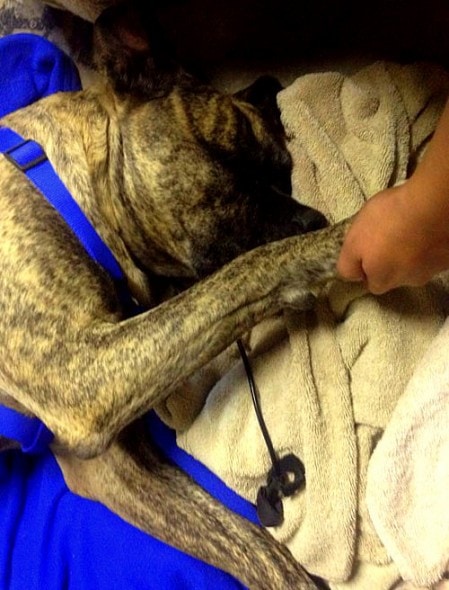 “I jumped out of the truck before he (Jason) put it in park,” Dani said.

The joyful reunion was caught on video; Dani gave Jimmy a big hug while Koda leaped around in excitement.

“Dani and Jason were so very thankful,” Jimmy said. “I was glad I could do my part.”

The couple has invited the trucker and his girlfriend to have dinner with them the next time they pass through the area.  In an effort to pay the good deed forward, the Windhams are donating all the money raised on the their gofundme page to Lost Pets of Lancaster County.  They are also encouraging people to help the Porter Ridge Veterinary Clinic, whose veterinarian recently rescued 12 adult mastiffs from Colorado.  Extra-large crates and donations are needed. 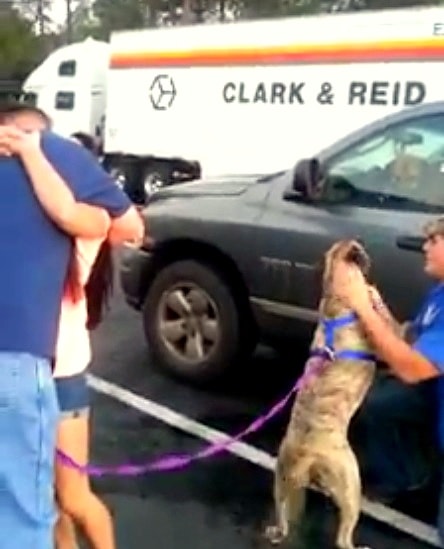