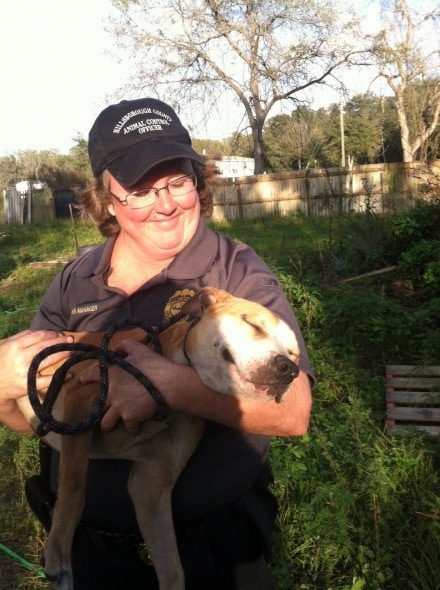 The backyard of the home was surrounded by a six-foot-tall fence to prevent people from seeing what was going on inside. Over the weekend an anonymous tip came in reporting hearing animals crying and howling behind the large fence. When Deputies and investigators served a search warrant on the property in Plant City, Florida on Monday afternoon they found twenty-six pit bull terriers some with fresh wounds.

All twenty-six dogs were brought to Hillsborough County Animal Services and have been seen by a veterinarian. They are all expected to survive though some have serious injuries. The dogs vary in age and injury. They will be rehabilitated before being ready for adoption.

Investigators found other evidence of fighting at the property. No one has been arrested in the case yet, but officials are seeking criminal charges against several individuals.