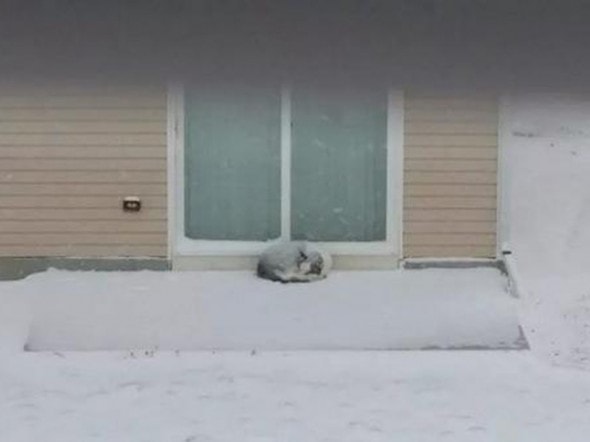 The city of Denver police are crediting Twitter users with saving the life of a dog trapped outside in the cold and snow.  The dog was seen curled up by a sliding glass door, trying to stay warm.

A tweet came in from Tonee Lawrence to a local news outlet of the dog lying in the snow.  The picture was also sent to the Denver police.

The picture was captioned with: “What can we do?  Called 311 & animal control, owners aren’t home”

The photo was re-tweeted constantly in the area.  The local news outlet got the address where this photo was taken, and they passed it along to the Denver police.

A report came out of the Denver police advising that animal control was aware of the situation.  They also had the address the dog was reported to be at from the Twitter pictures.  Apparently they had spoken to the owners of the property, and they had made the claim that the dog was a husky, it preferred to be outdoors, and had shelter available.

When the Denver police reported this information out to Twitter, there came in a response for another Twitter user.  It showed the backyard with the supposed “shelter” the dog had available to it.

The photo was captioned with: “@DenverPolice upside down dog house how is it shelter??  Dog can access it??” 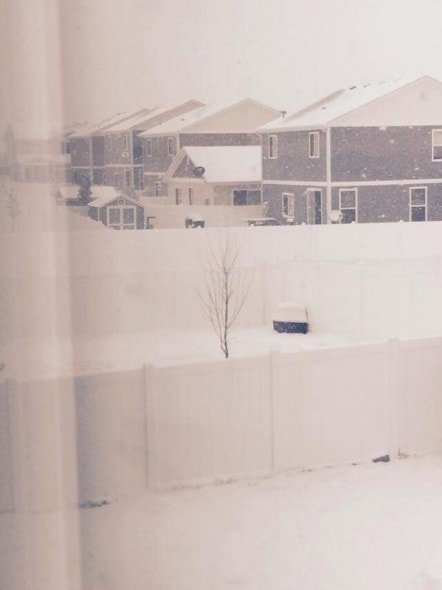 Animal control had called the owners again and finally convinced them to let the dog in.  Hopefully, someone does something about the lack of care and shelter this dog is receiving.