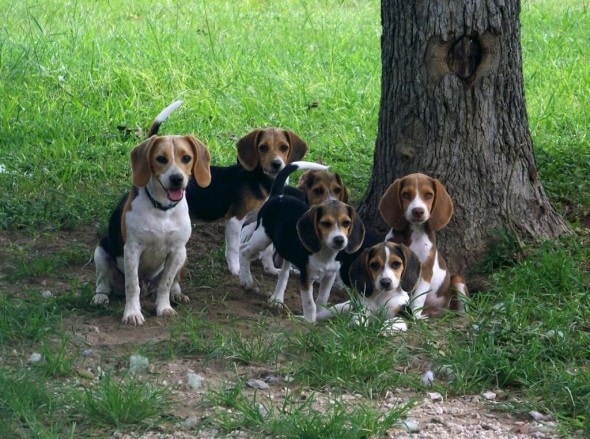 For people who have Type 1 diabetes, help may soon be on the way.  A recent study has shown that with one course of gene therapy treatment, diabetes can be eliminated in dogs.

Type 1, or juvenile diabetes is an autoimmune disease, meaning that the body’s immune system attacks its own healthy cells.  Insulin-producing beta cells in the pancreas are destroyed.  Blood sugar needs to be checked several times a day, and insulin injections administered.  There is no cure, only treatments.  Until now.

Dogs do not develop the same kind of diabetes as humans, so researchers from Barcelona’s Universitat Autonoma induced Type 1 diabetes in beagles between six months and one year old.  (Sad, but it was necessary for the sake of progress, and there is no indication the dogs suffered because of it.)  They were then injected with viruses that carry genes for both insulin and glucokinase, an enzyme involved in glucose processing.  Later it was confirmed that the genes had been integrated into the dogs’ DNA.

The genes allowed the dogs’ bodies to regulate their own blood sugar levels without human intervention.  There were no episodes of hypoglycemia after strenuous exercise.  Four years later, and the dogs still show no signs of diabetes.

As part of the control, dogs that were injected with only the genes for insulin OR the glucokinase continued to have symptoms, suggesting that the genes must work in concert to be effective.

There is still much research to be done, because as some critics point out, the study induced diabetes in the beagles by chemically destroying beta cells, and there may have been residual cell function, whereas (in humans) with naturally-occurring diabetes, the immune system continues destroying these cells as they are produced.

But this certainly does give hope that in the future, partly in thanks to dogs, Type 1 diabetes may be a distant memory.