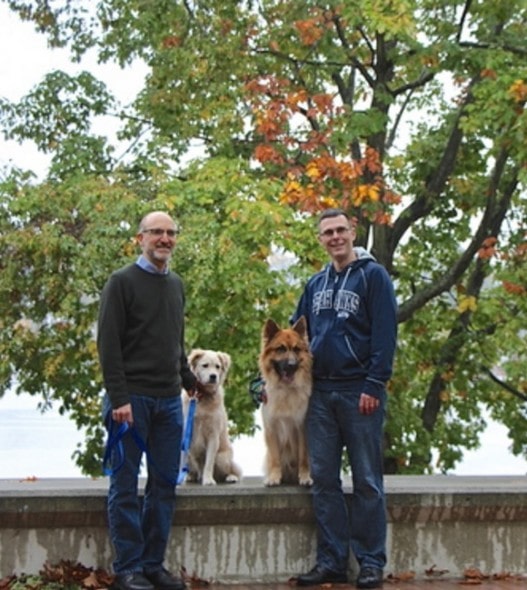 A couple of professors from the University of Washington are real dog lovers, just like us.  They love their dogs so much that they started a research project that is looking into not just extending the length of your dog’s life, but also allow for a better quality of life further into the future them as well.

They’re calling it the Dog Aging Project.  They’ve already started enrolling dogs in the study that are six years of age or older.  The study will be conducted over ten weeks, and will be what’s called a placebo controlled study.  It’s not all that dissimilar to a drug study that could be done with human beings, wherein some people are actually given the drug, but some are given a placebo, or sugar pill, to determine if the drug actually works or if it’s just a placebo effect, which is when a drug “works” simply because people have taken it and their minds are causing them to believe it is working.

“Rapamycin is an FDA approved drug that’s used to prevent organ transplant rejection,” says Professor of Pathology, Matt Kaeberlein.  “What has been learned from basic science studies in the lab is that treating animals with Rapamycin not only extends life span, but seems to delay many of the diseases and declines in function that come with age.  So we know from studies in the lab, in small animals like mice, that 10 weeks of treatment with Rapamycin in an old mouse can cause that mouse’s heart to function more like a youthful heart.  So we want to assess whether just 10 weeks of this treatment in dogs may be sufficient to improve cardiac function in middle aged dogs.  If we base it on what’s seen in mice, a 25 to 30% increase in life span is reasonable.  Now, whether you would get that in dogs or not, I don’t know.  But that could be three, four years depending on the breed of dogs.  I think the important point is, we’re talking quality years not just increasing the older years when the dogs are already suffering from chronic disease and disability.”

The other professor in the study is Daniel Promislow.  He specializes in Pathology and Biology, and started working in dog research about eight years ago at the university.

“Mixed breed dogs tend to live about a year longer than purebred dogs of the same size,” Promislow says.  “And we also found that dogs that have been spayed or neutered tend to live about a year longer than intact dogs, both males and females.  Dogs are genetically variable just like we are, they live in our environment.  They tend to get the same diseases we do.  The medical care for dogs is second only in quality to that of humans.  So really, we can learn a lot about dogs, but we can also learn a lot about people.”

The researchers both feel that there will be a pretty quick turnaround time on the study, and which will determine whether or not the drug really is having the desired effects.

“Certainly within three to five years we’ll know the effect that this drug is having,” says Kaeberlein.  “Not just on cardiac function but on cancer rates and kidney function and cognitive function and ultimately mortality.  So to me a three to five year timeline for potentially having an intervention that can significantly improve healthy longevity in pet dogs is certainly not an unreasonable timeline for a project like this.”

Depending on how this trial study goes, they plan on doing a much larger scale project as well.  They plan to include dogs of all kinds across the country.  Are you interested in enrolling your dog in the study?  Click here for more information.